Hey everyone, I'm back!

Hey guys, Learn2Eel here with a general update on why the website has been unusually quiet over the past month, particularly in light of the three Tactica series I was working on, as well as the impending Space Marine release. 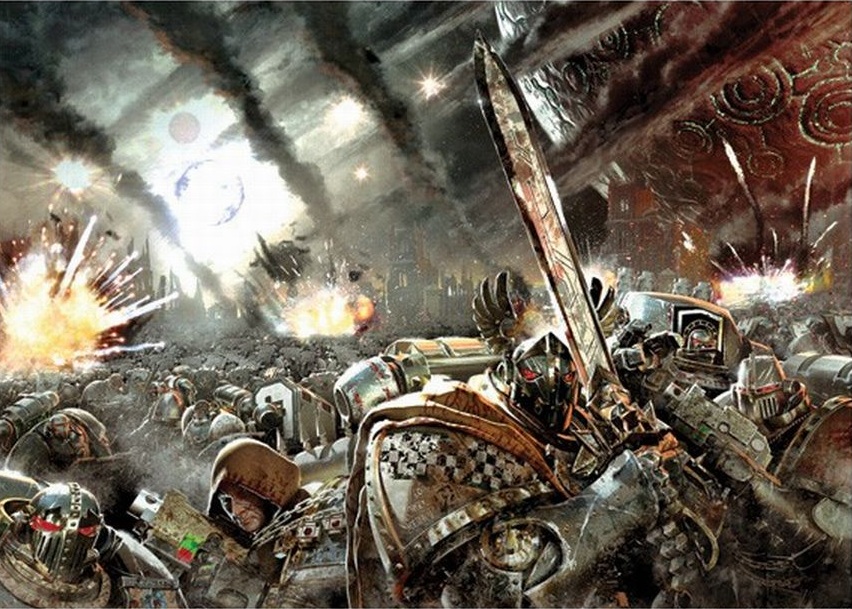 This is very much an unusual kind of message for me to deliver, but I want to make sure you guys understand my - and our other writers - absence for an extended length of time. Essentially, at the start of August, I was admitted to my local public hospital for certain issues which I won't discuss publicly. I've been through their system and was transferred to the private system a week later, in which I have spent the last three weeks. Suffice it to say that I found my position as an author untenable due to stress and the demands of maintaining and improving my health.

With this in mind, I am going to be doing my best to gradually get back into the swing of things and hopefully put out the high quality articles you, our viewers, all deserve. I am amazed that the website continues to average around 500 views a day despite the lack of any activity whatsoever on the authoring front. To me, this is a sign that we have many loyal fans, and I can do nothing but repay that faith with what makes this website so popular - the Tactica series. With Space Marines just around the corner, I will be evaluating which Tactica to go through first; after all, Vampire Counts, Necrons and the Legion list were part of my back-log between new releases, so I may decide to leave them on the back-burner while I cover the largest release of 6th Edition yet. I promise that I will let all of you know what I decide to work on. I also feel it important to note that Mr Jax may very well be covering the Space Marines in his own fashion, but I make no promises as he has been very busy of late.

I'm very happy to be back home and I feel like I am nearly ready to bring you guys the articles you deserve. I hope to bring you at least one full Tactica series in the next month, and I may continue my experimentation throughout. As you may have noticed, the content and style of my works has evolved and changed between each release as I try to work out which kind of articles you guys like best. For example, my Eldar series involved heavy integration into fluff to make for cinematic and entertaining reviews of each unit, though compared to the Chaos Daemons Tactica, it involved less actual tactics. I am trying to find the best mix for the articles, and as the audience, how I proceed to structure them is entirely up to you guys. Which types of articles do you prefer; the less fluff-concerned and more tactic-concerned ones, or the opposite? Please let us know in the comments below, and just because I simply must;