Hello there everyone, I am Learn2Eel and I am very happy to bring you the latest installment of my Astra Militarum Tactica series. Today ushers in my review of the appropriately titled Ratlings, models that are as miniature in proportion as they are in....well, the fact that they are "miniature miniatures"! Excuse my poor humour, but this specialist sniper unit is one that is intended more as a squad to spend throw-away points on because of their tiny minimal squad size and relatively inexpensive price per model. They may be vertically challenged but they sure do know how to punch below the table with their always annoying sniper weapons. Will the terrible and obviously unintentional puns continue in my review? Grab a pint and read on to find out; I hope you enjoy it!

We apologize for the discriminatory content of this article. Those responsible have been lynched. 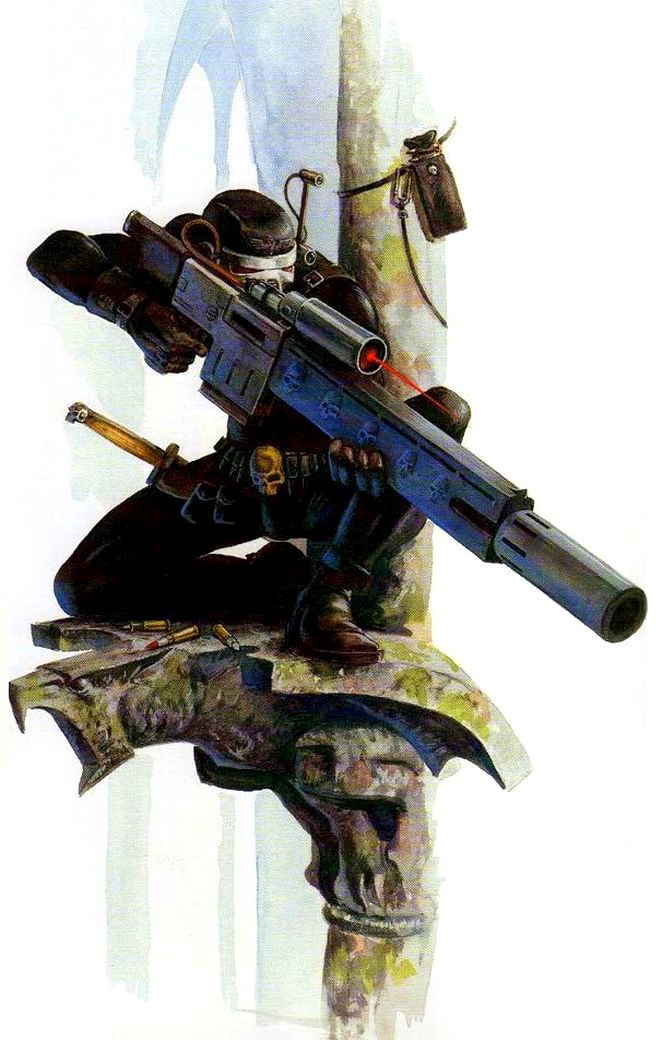 Overview
When discussing Ratlings I think it is pertinent to note that comparisons to Scout Snipers will always end in favour of the latter unit given that they have all of Toughness 4, better saves, thrice or more the number of deployment options, Objective Secured in a Combined Arms detachment and all at a roughly equivalent price point on a per model basis. Ratlings really don't compare all that well to other specialist sniper units with a pathetic Toughness 2, 5+ armour save and the Stealth special rule making them amongst the most fragile infantry squads in the game. They also cannot defend themselves in close combat as a result, especially with one attack each at Strength 2 even despite a higher than average (for a human or sub-human species) Initiative 4. Leadership 6 will also see them flee quite easily once fired upon and what is worse is that they are just not worth purchasing a Commissar or Ministorum Priest for so as to fix this issue given how fragile they are. Their Ballistic Skill 4 and ability to Infiltrate are nice for a specialist sniper unit even if the latter rule shouldn't be used to get them closer to enemies that can kill them with impunity through some token bolter shots of all things. The small stature of the models means they are a pretty easy unit to miss while their firepower is limited enough to be an inconvenience, so much so that opponents will often ignore them in favour of more sizable threats. If a titanic Wraithknight manages to somehow get sight of their miniscule frames then it will probably just coldly "laugh" at them and shoot the Basilisk hiding underneath or behind them, though somehow I think anything is an easy target behind a unit such as Ratlings.

We apologize again for the discriminatory content in the article. Those responsible for lynching the people who have just been lynched have been lynched.

Their unique special rule "Shoot Sharp and Scarper" that allows them to shoot and then run in the same shooting phase really isn't that useful given that traditionally the best use of such a rule - using the Eldar's Battle Focus as a barometer - is to fire and then flee out of sight or range of the opponent. If you try to hide with a unit carrying sniper rifles after they shoot then you will practically forfeit their next shooting phase as they will be forced to move back into position so they can have line of sight to the target. Still, provided you don't have them just sitting in a ruin or building this might actually be useful if only to try and run on to an objective when necessary to fulfill either the Maelstrom of War or Eternal War mission requirements. Honestly though the rule just doesn't work all that well for a squad that already has a 36" range and doesn't want to move whatsoever save to try and get out of assault range of nearby enemy units. Ratlings are cool for trying to pick out important characters like Commissars or special weapon holders in enemy units but with the change to sniper weapons and their severely reduced usefulness against vehicles I just can't recommend this unit at all. A bare-bones Infantry Squad is a far better "minimalist scoring unit", and the points spent on a Ratling unit to actually make them be able to reliably pick off a model or two will almost always be far better spent on a Wyvern that is roughly the cost of six or seven Ratlings. There is nothing a sniper weapon can do that a Barrage weapon can't do better now that the former has lost Rending against vehicles.


Best Uses
These guys will shine against blob-based Astra Militarum army lists because of how easily killed a Commissar or Ministorum Priest is, especially as both are single wound models and the former is not an Independent Character and thus only benefits from a 4+ Look Out Sir roll. Otherwise, you want a squad of probably around five to just be an irritation by trying to pick our Tactical Marines wielding plasma guns, Sergeants, carriers of "Chapter Banner" equivalents and so on. The unit lacks the hitting power to actually do any serious damage to a squad either through lack of rate of fire or the middling profile of sniper weapons. Use their unique special rule to move backwards if you are situated on flat terrain or near a ruin and have an encroaching enemy assault unit, though this won't really work if you place snipers where they usually want to be - in the high reaches of a ruin or building. Treat them as an annoyance and throw away unit that doesn't need any real support abilities to function and they should do alright for you, even if spending those same points elsewhere in an Astra Militarum list will usually yield better results. 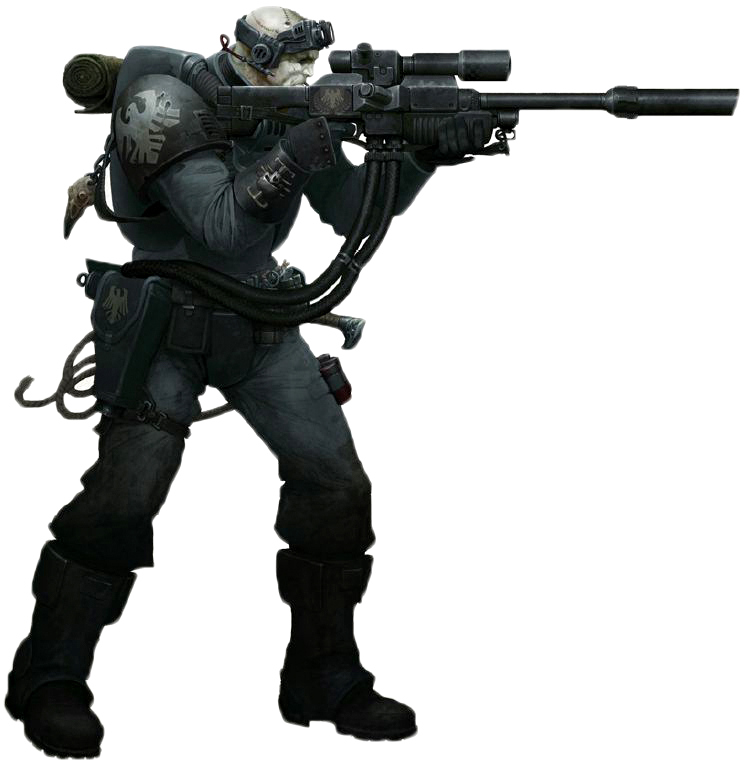 I thank you all for reading this delightfully short article and I am sure that it was most helpful to your plans to expand the size and scope of your influence on the battlefield. While Ratlings fill more of a niche role that can only really be performed by a select few units elsewhere in the codex, that they are specialized to that role can sometimes make them more alluring than their larger human brethren. I guess size really doesn't matter after all, that or Ratlings really do know how to compensate for their small stature with such big sniper rifles.

The editors of the website hired to continue the article after the other people had been lynched, would like it to be known publicly that they have just been lynched. Apparently cell phones still work in such tight spaces.

We here at Imperator Guides sincerely wish that you found this latest work to be conducive to your efforts of world domination and conquest in the fictional Warhammer 40,000 setting. We would also like to express our gratitude to the many contributors to this piece, and also send our condolences to the families whose' wives, husbands and possibly even children have been lynched. If you would like to provide us with feedback then we have supplied you with an easily accessed comments section with which to do so. All criticisms shall be considered as we strive to improve the experiences of our audience for future content that we provide at Imperator Guides. We are also legally obliged to ask that you do not under any circumstances mention the war - many of our viewers would be upset at such an action. Thank you again.
at 8:28 pm