Hey guys, just a quick update tonight on the latest content I've been putting out for Imperator Guides. I have come to realize that working on the Astra Militarum Codex is a far greater effort than even my Tyranid Tactica series, something that I didn't foresee at all given the much smaller and focused nature of the articles. This is because of the immense amount of units present that are essentially derivations of each other and my unfamiliarity with the army (compared to Tyranids); these are issues that cause me to lose interest in writing for them very quickly and give me writer's block within minutes. This is why I've taken a break and did up some Warriors of Chaos articles I had on the back-burner but with those now finished I should be heading back into the Astra Militarum series with all haste. Lord Commissars are next and I am still figuring out just how useful they are; they are certainly much better than my initial overview suggested though I am unsure as to just how much that is. 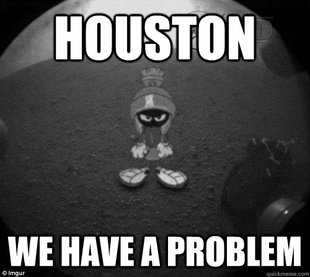 Still, one fact remains; I've yet to finish the HQ section of a bloated codex, the Ork codex was released over a month ago and Space Wolves are about to have their own shiny new rules within the week. I've finally reached the point where I can no longer keep up with the hellish Games Workshop release schedule and it is definitely taking a toll on my writing - I've been dissatisfied with my recent efforts since 7th Editions' introduction - and I am struggling to work out how to approach future releases. I've not spoken of Orks whatsoever and I feel really terrible for not even addressing them and I'm not sure I will have the time to do something for Space Wolves either; it's a really bad feeling, honestly! There is one good thing though and that is my Astra Militarum army is working out as planned and giving me so many insights in 7th Edition against the newer codices, allowing me to study for future articles. I'm actually playing 40K as much as I used to and have a good mix of both 40K and Fantasy going on at the moment so I guess I can say I'm in a good place as far as gaming goes. Still, I'm disappointed that I haven't been able to keep up with all the latest codices and I'm trying to work out some way of at least addressing both Orks and Space Wolves while not taking away from a long over-due Astra Militarum series.

The general idea I've got is to Unit Overviews for both codices interspersed with future Astra Militarum articles but I still don't own the Ork Codex and as yet have no real intention to buy the Space Wolf codex either. I'm still working on my Dark Elves - I completed my Astra Militarum army already! - and I keep getting cool ideas for new armies which is preventing me from going out and spending $160 AUD on two codices purely for reviews, but I've decided that if the Space Wolf codex intrigues me from first glance I may actually start up a small little Allied Detachment. It's a bit up in the air at the moment though and as I have mentioned numerous times in the past, I can't make promises or at the very least can't really commit to keeping them, something I've wanted to address for a while now. Rest assured that I will be doing reviews of every Warhammer 40,000 and Warhammer Fantasy codex/army book in the future and hopefully in order of release but money and time are the deciding factors and have worked together to slow my progress considerably in recent months. I'll definitely see about starting up some unit overview articles for Orks in the next few weeks so that I can at least start getting an idea of what direction to go with for a Tactica, but Astra Militarum are my immediate priority and I guess I am guilty of enjoying my time with them far too much.

Just the other day I played a 1500 points per-person 2v2 game where I let my friend (who hadn't brought an army) use half of my tanks and I the other half in a fully mechanized combined list. 3000 points of tanks (and flyers) is certainly impressive and left many of the local gamers looking on with surprise, especially seeing as the only infantry model in the army (Unbound) was a Lord Commissar hitching a ride in a Valkyrie! Being the arrogant little brat I am, I made certain sure to point out that I wasn't even using all of my tanks with five resting either in cases or at home. I guess if there's anything for you guys to take out of this it is that I am having fun with my new army, I'm eager to do some stuff for both Orks and Space Wolves but lack the time to really approach it properly, and I'm getting that itch to start a new army yet again (my poor wallet!).

Here's hoping you guys are enjoying what I've put out lately with tonight's completion of the Warriors of Chaos Unit Overview mini-series and the various long-winded Astra Militarum Tactica articles I've done! I'm hoping to put out lots more of the stuff you guys enjoy and I'm praying that I can finish the Astra Militarum articles before the end of the month so that my back-log doesn't grow even bigger (it includes Dark Elves and Vampire Counts as full-on series, Necrons, the Horus Heresy, Orks and soon-to-be Space Wolves). Here's hoping! With that said, I hope you guys have a nice day, a lovely week and I look forward to hearing your thoughts on my recent work for the blog. As a nice little side-note, Imperator Guides has surpassed 630,000 life-time views! You guys are the best and the support for this still very young blog has been amazing. Thank you all so much!