Hello there everyone, my name is Learn2Eel (also known as "the Merciless") and today sees my first full review of the all new Taurox vehicles. Billed as competitors for the Chimera as a wide-spread Dedicated Transport, the Taurox variants are certainly interesting attempts at pushing the aging Chimera out of the fore-front but ultimately fail in that regard. Still, as an intriguing new option with a few unique traits to distinguish it from the mostly superior Chimera, the Taurox - and the Taurox Prime by extension - are worth a try even if only to break up the monopoly the Chimera chassis has in mechanized Astra Militarum army lists. 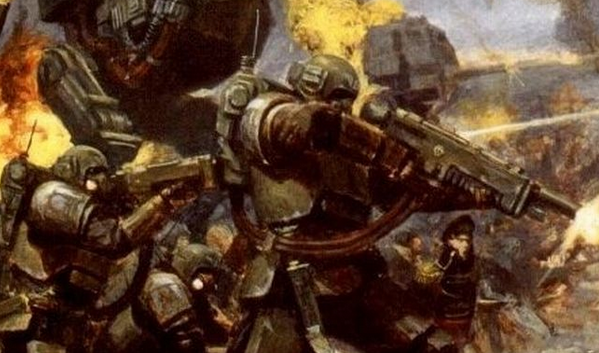 Overview
The two newcomers to the transport scene, the Taurox and Taurox Prime are both in a similar price range to the Chimera but ultimately carve out their own little niches in terms of usefulness and capabilities. I will of course address the elephant in the room directly by stating that the Chimera is still the king of the Astra Militarum transports and the new vehicles aren't quite as efficient overall, but they definitely don't qualify as "bad" units in any sense. Still, the comparisons to the long revered Chimera do deserve mentioning considering the regular Taurox in particular is a direct competitor with the Chimera as a widely accessible Dedicated Transport option. A Taurox shares the same weak side and rear armour of ten, but features a reduced front armour value of eleven making it even less survivable than a Space Marine Rhino despite costing quite a bit more. It has a transport capacity of ten as opposed to the Chimera's twelve which only makes a difference if you want to attach an Independent Character to a Veteran or Infantry Squad, though it has two more access points and fire points to compensate.

Instead of a heavy bolter and multi laser for decent long ranged shooting, a Taurox features a twin-linked autocannon with the same Ballistic Skill 3 which makes it capable of glancing AV13 vehicles but it ultimately is less efficient against lightly armoured vehicles and infantry with a mere third of the total rate of fire. The Taurox variants both share the "All-Terrain APC" special rule which allows them to re-roll failed dangerous terrain tests, an ability that a Chimera needs to pay a few measly points for - it is worth noting that a Chimera is the equivalent of a quarter of a minute more expensive in points than a Taurox if neither takes any upgrades. To make up for this of course, a Chimera allows the embarked unit to either fire out of the two lasgun arrays or issue Orders from the top hatch - the latter feature is sadly lacking for the Taurox and thus makes it the clearly inferior choice as a transport for any type of Command Squad. Considering its points cost and abilities, the standard Taurox seems much like a stripped down Chimera with only a slight points decrease to compensate which marks it as inefficient to my eyes - inferior firepower, transport capacity, survivability and overall abilities (issuing Orders) are the key issues here.

That both Taurox variants lack smoke launchers and searchlights - both of which are standard equipment for the majority of Imperial vehicles - just serves to make them seem like oddly priced attempts at stealing the thunder of the superior Chimera. The Taurox Prime does have a few more nifty tricks up its sleeve but it pays for this by being nearly twice as expensive as a regular Taurox, and one could argue its "upgrades" aren't worth all those extra points. The Prime is a Fast vehicle which makes it far more alluring as a transport for a short ranged unit which, coincidentally, is the only type of squad they can transport given their exclusivity with the Militarum Tempestus. Adding a second heavy weapon and an improved Ballistic Skill 4 make its firepower more effective certainly, but the weapon upgrades themselves are expensive and the stock guns are barely an improvement over the regular Taurox. I really think the Prime pays way too much for what it brings over the standard Taurox and that it is exclusive to Militarum Tempestus units really limits its uses as far as a transport is concerned, especially seeing as its high cost and those squads' innate Deep Strike capabilities have it draw very near to being redundant.

I need to stress however that these two vehicles are by no means inefficient in general but they just don't beat out the Chimera for overall effectiveness as a transport first and foremost. The in-built "dozer blade" effect is nice and they have decent firepower but the difference in durability between front armour eleven and front armour twelve is not insignificant and the Chimera just works better as an all-purpose transport with the lasgun arrays and smoke launchers. There is a limit to how many points one can feasibly spend on a vehicle as fragile as a Taurox and both of them certainly have difficulty striking that balance - the Prime especially is far too easily destroyed for how sizable its cost is - and that is why I think paying some extra (or fewer) points for a Chimera is usually the more advisable choice. How to Equip Them
This is a fairly simple question to answer with regards to the standard Taurox seeing as it has no weapon options and needs no upgrades to perform its stated role as a transport. The twin-linked autocannon is the only weapon it can be outfitted with unless you count pintle-mounted storm bolters and heavy stubbers, but seeing as a transport should be moving that will usually see those weapons snap firing anyway. The vehicle upgrades are mostly wasted here for similar reasons to the Chimera - it just doesn't require any of them and you want to keep a transport this fragile as cheap as you possibly can so that its inevitable destruction isn't so painful when it does eventually occur. The only upgrade that I would usually recommend for this or a Chimera would be a dozer blade but fortunately the Taurox comes with the same effect built in to its base cost, meaning the dozer blade is unsurprisingly a "useless" upgrade for a Taurox.

The Taurox Prime is an altogether different story with multiple primary and secondary weapon options (I consider pintle-mounted weapons to be tertiary) though its heavily increased base cost reduces the value of the various vehicle upgrades even further. The stock primary weapon is the Taurox battle cannon which is essentially an autocannon that fires a single blast instead of two solid shells, making it a gun I wouldn't really rate over a twin-linked autocannon. It can be replaced by either a twin-linked taurox gatling cannon or a taurox missile launcher, either of which aren't cheap exchanges. Ten Strength 4 shots with re-rolls to hit on Ballistic Skill 4 isn't bad by any means but it limits the Taurox Prime to a dedicated anti-infantry attacker, a role that the unit embarked upon it should be fulfilling instead. On the other hand is the missile launcher and while this does amount to a typhoon missile launcher, that it increases the price of the incredibly fragile Taurox Prime to a century's worth of points makes it far too "risky" of an option. The return on investment simply isn't there, especially for a transport that needs to be moving closer to the opposition and objectives to be useful rather than a pure waste of points that could be spent on a proper "gun-boat" like a Leman Russ tank.

As for the secondary twin-linked hot-shot volley gun versus a twin-linked autocannon, I prefer the latter in every situation for the range and Strength that allows a Taurox Prime to engage other light vehicles fairly respectably. That it is a free weapon exchange makes it almost a no-brainer even though the hot-shot volley gun is a very decent Space Marine killer in its own right. If you somehow find yourself lacking efficient sources of anti-infantry such as Leman Russ Eradicators, Hellhounds, Leman Russ Executioners, Vendettas, Combined Squads, Wyverns and so on, then a Taurox Prime equipped with both the gatling cannon and the hot-shot volley gun might appeal to you as a heavily stripped down Leman Russ Punisher. It can be argued that this variation does suit the only unit it can transport - Militarum Tempestus Platoons - that will typically be outfitted with plasma or melta weaponry to combat vehicles with their increased special weapon allowance and Ballistic Skill 4, but I just don't really see the merits here. The cold hard truth of the matter is that a Taurox Prime doesn't compare well to any of those other options in that role and as such you should really just stick with the battle cannon and autocannon to keep it as cheap as possible and provide a nice mobile base of Strength 7 AP4 shooting. Like with the regular Taurox, the dozer blade is unnecessary because the Taurox Prime already re-rolls failed dangerous terrain tests, while the other upgrades should be avoided because they either aren't that useful or just add on too much to an already overly expensive vehicle.


Best Uses
My most basic advice for both variants of the Taurox is to keep them bare - save for swapping the volley gun for the autocannon on the Prime - and that means no upgrades or switching weapons. This is because both of these vehicles are fragile, expensive and already have the effects of the most important option for a transport, the dozer blade, as an innate special rule. From there, standard Imperial transport tactics apply with a small footnote related to the Taurox Prime. Disembarking a unit once it is range of its quarry or objective, then making a Flat Out move with the transport after the unit has fired provides an extra layer of defence for the more important squad. This is far easier for the Taurox variants than with the Chimera due to the extra pair of access points, the standard variant having little firepower to worry about wasting, and the Prime because it is a Fast vehicle with a 12" Flat Out move. 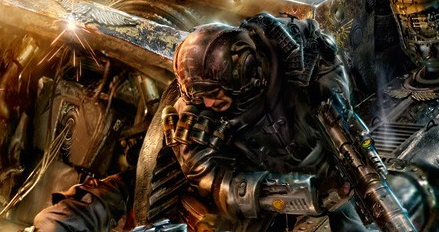 Advance with cover in mind at all times - especially as the Taurox variants lack smoke launchers - because both of these vehicles are more fragile than the Space Marine Rhino despite being either slightly or considerably more expensive. I recommend advancing through cover wherever possible to increase the chances of each transports' survival - you may as well use that in-built dozer blade effect! Leman Russ Demolishers or a Bullgryn wall are slow but ultimately far more survivable than the other moving cover-providing options you could use, while the limited transport capacity of a Taurox compared to the Chimera means you should really keep squads and not attached independent characters reserved (as in a waiting line) for this vehicle. The additional fire ports compared to a Chimera make this more appealing to Veterans and Militarum Tempestus squads than for standard Infantry Squads, while a Special Weapons Squad or Heavy Weapons Team could feasibly hijack one of these. For the Taurox Prime in particular, use its Fast vehicle type to your advantage and move 12" a turn so that your embarked unit can be delivered as quickly as possible while sacrificing only half the firepower of the Prime rather than all of it.


Thank you all for taking the time to read my thoughts on both constituents of the recent Taurox kit! Whatever your opinions may be regarding the aesthetics of this new breed of transport, its intent as a direct competitor to the seemingly timeless Chimera just isn't well placed unfortunately. Still, it has a place for themed army lists and it certainly isn't a terrible choice (or choices) - it just doesn't compare too well to a Chimera for the most part. In any case, I hope you enjoyed the article and I wish you all a good and fruitful day!
at 6:41 pm