YO YO YO MEGAVALHALLA IN THE HOUSE YO! With a very special review on the bumper sized issue #401…. Ah it brings me back to the days of issue 286 when I very first started and I was too busy reading Black library, White dwarf and going over my codices and developing builds instead of paying attention to the teacher or anyone else for that fact, yes, I was a very nerdy young boy. I threw out all those old copies, they were falling to bits and it’s not like as though any one would want them either, though
looking back at it all WD has improved significantly since then in size, it doesn’t fall apart as easily from the seams and not to mention the gloss front page cover with improved photo editing.

But is it really worth all this effort? And the money?  Let’s crack it open and have a look see.

The very first few pages are all in your face and seem to scream to me ‘LOOK AT OUR NEW SHIZ AND FRAKING BUY IT YO!!!1!’ which is a really good advertising front and really does urge a lot of fans to impulse buy. The new release section is more or the less the whole focal point of the entire magazine complete with self inflating, ego maniacal advertising; using such comments as ‘DYNAMIC, BUY TWO KITS AND IT WILL LOOK EVEN MORE AWESOME’ but hey - doesn't every company do that in a sense? 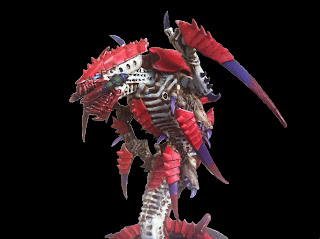 The first 45 pages are just pure advertisements on GW new releases, and it really does feel to me as though I am paying GW to advertise their stuff to me, which is a let-down, after all I do like to see my WD packed full of hobby goodness. Although I like the way the Black Library books are presented; they are also well presented with texts of what the book is about - and the author themselves, which is something I believe is  important for people like me; as the book really does have to involve a lot of the fluff and background story to help it fit in with the 40k universe…have you ever wondered why the Horus heresy series is so popular? You have your answer. But once all these commercials are out of the way, it goes straight into a showcase!

The showcases seem to flood this issue, they are literally everywhere. I don’t mind the odd showcase here and there but in this one it does seem to get a bit too much after a while. Although one thing that I believe would help the showcase out would be for the people to tell in detail how they painted it, especially the dreadnoughts. They were really well done and you can tell a lot of effort and technical ability was applied throughout the job, but as a reader I was left guessing as to how it was all done and felt let down as a result.
As usual WD puts in a battle report and this issue is no different. The way battle reports are done have changed drastically over the years and they have improved a lot, but in this issue the set up was rather bland, it was just a typical 6x4 board with some terrain on it. I know it was done all under the guise of advertising their products and how it can be set up, but it felt rushed and that no creativity was put into it, even though we have all played on a board similar to this set up; it's all too similar to what you find in our local gaming groups and GW stores; I expect a bit more from WD. The armies themselves were really well presented and did justice to the article and made it well worth reading it from start to finish. It provided a fair few laughs from my perspective, it points out key parts in the battle and helps the reader understand the whole battle making it easy to read and follow. Hopefully GW keeps this up as I do find myself looking forward to the next one.

The article ‘Paint splatter’ is a favourite of mine and every WD issue should have one, this issue provides a step-by-step guide on how to paint the new High Elves Flamespyre Phoenix and various other High Elves, I find it is always good to read this as it has improved my painting ability over the years significantly and I tend to refer to them later when painting something new. It makes painting a lot easier when guides like these are available to the old fans and newcomers alike. Even on the internet good stuff like this is hard to come by in my recent experiences and even trying to find people who will help or give advice is even harder.
I don’t understand the point of the hall of fame. I really don’t. To me it has to be one of the most useless articles, to me all they are saying is ‘WORSHIP THIS AND BUY IT’ no…. not exactly the correct way to sell a product. What would have been more interesting or actually entertaining to the reader would have been the process that the model was designed, from sketches and concept art to the original 3D rendering and sculpt. To me that would have been much more pleasing and insightful. 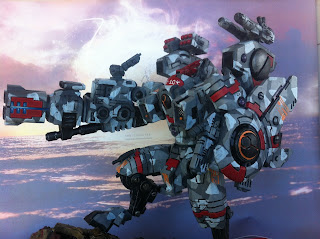 Jervis Johnson and Blanchitsu are one of the more unusual articles in WD, and are always a delight to read even though they may be just a rambling, Jervis’s articles are starting to pale and are getting boring and dull, it just seems to be the same topic over and over again. Blanchitsu does have some really cool miniatures and a different painting style rarely seen anywhere else, however, as with Jervis’s articles there is also the same issue… it is just the same thing over and over.

Now onto the end of the magazine, there is a showcase and brief overview of the studios current projects in their hobby. I did find it to be rather inspiring as it shows what can be achieved and gives a lot of ideas when it comes to the different aspects of miniature painting and the design process. This sums the whole issue up quite nicely and makes it quite satisfying.

Overall I’d say that this issue is well worth the money and good for a light afternoon read and discussion, it is full of inspirational ideas to keep me going. Despite the fact it could be improved in some areas and other articles should be replaced altogether, it is good to see WD continually improving, refreshing and modifying itself. Obviously a lot of ideas have thrown around and ways to improve have been noted. Keep up the good work GW. I am looking forward to the next issue already!
at 11:14 pm