Hey guys, I hope you have been enjoying your Christmas holidays! The recent lack of updates for the blog is due to me having a tiring and busy month so far; I haven't had a proper sleep in so long due to the summer (South Hemisphere) heat and those damned mosquitoes! I'm never a fan of having to make these status updates for the blog as I would much rather be putting a post up every night, but alas, that is truly impossible at the moment. You can expect a continuation of the Ork Tactica - we are now up to Meganobz - soon, that or a review of the upcoming End Times: Thanquol. Whichever comes first will inevitably lead into the other so you can be certain that regular posts will become the norm once more within a week or two. As an aside, how have your holidays been? Was Christmas as fun for you as it was for me? Are you looking forward to the new year - at the time of posting, it was nine hours and twenty-eight minutes to New Years here in Australia - and if so, what are you hoping to achieve hobby-wise? I'll leave it at that and let you go about your day, but please make sure to enjoy yourself and be prepared for 2015!
at 2:32 pm 3 comments:

'Ello there maties and welcome to the latest addition to my long overdue Ork Tactica series, the full review for the always popular Nobz! This particular breed of Orks has seen a lot of tweaks and changes since its last proper introduction in 4th Edition, most notably the fact that - like with any unit that could move from one Force Organization slot to another - they can no longer be taken as a Troops choice in any regard. While they can obviously still capture and contest objectives like any unit in 7th Edition, not having Objective Secured like actual Troops choices does mean they can be easily bamboozled by common lists such as the Tyranid Skyblight Swarm or any army that features these crucial units en masse. In any case, I hope you enjoy this article!

Greetings fellow greenskins and welcome to this latest entry in my Ork Tactica series, focusing this time on the re-imagined Tankbustas! This is a unit that has undergone significant changes with the 7th Edition codex, skyrocketing into competitive usefulness not only because of their improved capabilities but also because a unit featuring their particular set of skills can make such a huge impact in this more vehicle-heavy 7th Edition meta. One would be hard pressed to find a better Elites choice in the Ork Codex for the points than Tankbustas, providing the army with some sorely needed dedicated anti-tank that is almost as reliable as it gets for greenskins and as devastating as one could hope for. I hope you enjoy this article! 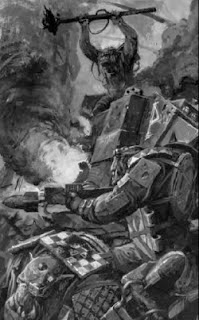 Greetings fellow warriors of the Asrai, Asur and Druchii; I bid you welcome to my first look at the Everqueen and Chosen of Isha, Alarielle. As the former consort of Tyrion and one of the greatest Elven leaders in their extended history, Alarielle has a lot to live up to if she wants to match the background; her 8th Edition High Elf incarnation definitely satisfied both theme and competitive oriented players alike. I am pleased to report that the End Times versions of Alarielle are similarly impressive, although some of the more significant benefits provided by the High Elf army book variation are sadly unavailable. Still, there is a lot to like here and I am truly glad the rules designers have deigned to make the Everqueen as immensely powerful as she should be by divine right.

Greetings fellow wargamers and hobbyists; I welcome you to the second last article in my End Times: Khaine review and discussion! Today I wanted to focus on Imrik of Caledor, a Prince of great standing and power even among the elder regents of Ulthuan. Like Neferata before him, Imrik has returned to Warhammer Fantasy via an End Times book, receiving updated rules in keeping with 8th Edition (and soon to be 9th Edition, I assume) that only serve to highlight just how much we have missed the Dragonlord of Caledor. While many will rightfully look more to Malekith and Alarielle as the leaders of their Elven armies with the Host of the Eternity King, Imrik is nonetheless one of the most capable and proficient fighters in the game right now - few, if any individual opponents could hope to stand against him even for one round of combat! I hope you are enjoying the return of this long lost Elven hero as much as I am!

Among the ancient heroes and warlords of Ulthuan, none have weaved a more tragic tale around themselves as Tyrion. Since birth the twin brother of Teclis has borne the curse of Aenarion as keenly as his physically maligned sibling, manifesting instead as rage and psychotic outbursts. His lineage marked him for a greater purpose regardless of whether he wanted to face it or not, leading to him being hunted by assassins and daemons even as a relative youth. Despite all the odds stacked against him, the young prince quickly established himself as the greatest warrior of Ulthuan and perhaps the most skilled the continent had ever seen, certainly a superior combatant to the far older Witch-King, Malekith. Countless times he traded his blood and rest away to defend his people against the evil constantly plaguing its shores, and even standing tall as a beacon of light to the other Forces of Order throughout the world.

Still, no matter how many victories he sowed or how many champions of destruction he defeated, the black curse of his forebear ever returned to claim Tyrion's waking hours. In End Times: Khaine, the sins of Aenarion finally broke the legendary defender of Ulthuan as he was gripped by despair and rage at the apparent loss of both his wife and daughter; with a ferocity and determination unalike to the noble knight he once was, Tyrion drew forth the twisted Widowmaker and doomed himself to oblivion. To die without the aid of his greatest friends, his own brother and wife, to realize only at the precipice the monster he had become. For one that should have been known as the saviour of all Elves, Tyrion alone was the reaper that slaughtered all before him and almost sealed the annihilation of the species. Even the greatest of heroes can fall into darkness, and nowhere is this more evident than in the heart-breaking tale of a man who was destined to enact the role of Khaine in the retelling of the fabled Rhana Dandra, the Elvish apocalypse, even though he was once the shield that stood alone between his people and their end.

There are many tyrants and ne'er do-wells in the world of Warhammer Fantasy, but none with quite as "illustrious" a career of villainy as the Witch King of Naggaroth - Malekith, scorned son of Aenarion and rightful ruler of Ulthuan. It would no doubt have come as a shock to all that Malekith was not the true villain of the Elf-oriented End Times book but instead perhaps their only real hope of survival and unity; truly ironic, seeing as it was Malekith that originally split the Elf race apart thousands of years prior. While the king of all Elves has come to lead them once more through the dark ages of war and strife, the arrogant, cruel Witch King still resides within - even if Malekith functionally is nothing like his prior Dark Elf incarnation!

Greetings my fellow blood-slicked elves and welcome to the first segment of my two-part End Times: Khaine review! The Warhammer world will never be the same and this is most definitely true of the Elves more than any other race in the setting, their fractured history coming full circle and playing host to countless tragedies - the fate of Tyrion in particular to transition from the greatest living elven hero to its' darkest enemy is truly heart-breaking even if you care nothing for the Asur's plight. While I do not wish to cover the new End Times Magic rules just yet as I feel I need significantly more play-tests to get a good feel of such a drastic evolution of a core game mechanic, I am ready to share my thoughts on the Elf-specific changes offered by End Times: Khaine. Please be aware that I will cover the updated character profiles in a second article; with that said, I hope you enjoy this article! 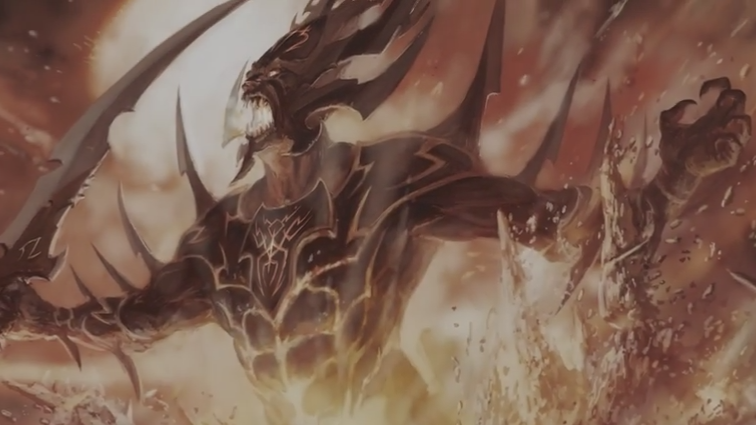 Greetings fellow war-gamers and hobbyists; I welcome you to another entry in my Ork Tactica series with Gretchin being the focus for today. These runts are as pitiful in-game as you would expect given their role in Ork society, though truthfully I didn't expect the unit to be so limited with regards to the rules. While they make for a fine scoring unit due to their hilariously low cost per model and claim to Objective Secured in Combined Arms detachments, this review will focus on just why Gretchin are essentially limited solely to performing this one role and why you shouldn't consider them as a replacement to Ork Boyz for any other intended purpose. In any case, I hope you find this article to be useful to your endeavors to smash some heads!

While I might seem negative in my overall view of Gretchin, they are still a great scoring unit and I merely wanted to show how the unit is good purely in that role and no other.