GW vs CHS - A Thorny Topic Hey guys, JT here with some commentary on one of the most divisive topics facing our community today; I am talking about the on - going legal battle between Games Workshop and Chapter House Studios, and why this legal battle is kindling such heated debates across the internet; as well as considering the implications of the testimony given by Games Workshop representatives and how the future looks for everyone who works within the industry, whether it be after - market parts manufacturers to blog's, websites, forums and anyone who produces supplementary material for GW products in any capacity.

The legal battle between Games Workshop and Chapter House Studios has been a long running and well documented saga, with a lot of coverage over at BoLS that you should check out if you're unfamiliar with the case (which is unlikely); but to give you a quick run - down of the court battle, here's a quick description:


The issue is obviously far more complex then I care to elaborate on, and there are many people out there who can explain it better and with more authority. Needless to say, the issue is a prickly one that is dividing communities around the net; and I will state now that this editorial is not going to comment specifically on the validity of the arguments of either side. What I wish to discuss is some of the more alarming implications that this court battle holds, regardless of who wins.

There is a possibility that a summary judgement that finds in favor of CHS could revoke the IP rights of GW and invalidate many of the trademarks they own; which could have far - reaching and negative implications for GW as a whole and lead to the demise of the company many of us know and love (we do play their games don't we?) and see the flood gates open for many outright rip - offs of their products in future. Despite the potential for the consumer to receive a better product and a wider variety of alternatives for stock GW miniatures; the potential loss of revenue for the company as customers shift further away from purchasing directly from Games Workshop could destroy the company, and work - out worse for the customer in the long run.

The other possibility is that if GW wins, it will give them lee - way to shut down and pursue other commercial entities and we could see the demise of many after - market manufacturers who previously operated unimpeded by the GW legal machine. This is almost as bad for many people as the alternative; as many people rely on 3rd party manufacturers to fill in the gaps within GW's own product range or to save money.

Unfortunately, the extreme's on either side mean that nothing good can really come of this legal battle in the long run, and it is unfortunate that this happened in the first place. It should be noted however, that GW is required to legally pursue violations of its IP in order to retain ownership of that IP - the problem is that the current legal pursuit will set precedent and as such many arguments center around whether this was a necessary step for GW to take in the first place; a question that can only be answered properly at the conclusion of the current trial.

One interesting note to come from the trial in the latest post by BoLS was a quote from Andy Jones (head of Licensing/Legal) in his testimony - apparently GW has over 200 case files on individuals/organizations that the company in investigating as a preemptive to possible future legal action. There are also references to DakkaDakka and Bell of Lost Souls specifically; and that should be a cause for concern for both those sites and any site that reports on GW or produces content unofficially.

I for one am worried; particularly following the demise of Faeit212 (the blog has returned recently FYI) - and that sets a dangerous precedent for the rest of us. The reasons behind the take - down are basically unknown but one can deduce that it was likely linked to the various leaks that were published on the site.The fact that no judgement was required from any court for the site to be taken down by Google is somewhat disconcerting. For the record, anyone can write a Cease and Desist order to anyone for any reason that the author believes is reasonable - the fact that GW could hit many sites (such us our one) with these orders which could cause a lot of issues. 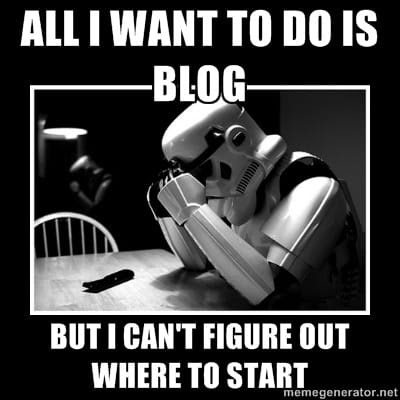 This may be a bit of an over - reaction, as GW also stated that the community - based sites are essentially their only form of advertising and driving the internet community away and taking down all these sites through repeated C&D orders would be detrimental to their company in the extreme.

I believe the take - down of Faeit212 was an unfortunate wake - up call to the rest of the community that GW is watching, and the remarks of the company during the current trial go further to confirm that. Personally, I've been conducting extensive research into whether we are legally liable at the present time and whether we could be the subject of legal action - my findings are that we are covered; however, since this website has absolutely no funding, it would be extremely difficult to fight any legal action brought on by GW - which is a scary prospect. The idea that our little fan site could be taken down by a series of unjustified C&D orders is of great concern as we would be unable to fight such action in an effective manner.

It is possible that GW may take action against offending blogs in a public manner to scare the rest of us into compliance; however it would simply not be worth our time to continue to support their company if such action occurred and I believe many bloggers would react the same in that circumstance. Despite the minor revenues we generate through the site, it doesn't even begin to cover the cost of the equipment we need to continue to operate the site (all of the Codex's/Army Books we use to do the tactica's are bought from the local GW) much less models we believe need to be reviewed. If it suddenly became too dangerous to operate for fear of legal action, we would unfortunately be unable to continue to exist.

Not to self - advertise, but that would be a massive loss for the community. Any closure of any blog that aims to support the community and assist players would be a massive loss for everyone, as we are the ones who report on, indirectly advertise and educate people about GW's products and help the community to grow and develop. I fear that a short - sighted attack on the blogosphere by GW would lead to the demise of many of your favorite blogs. The unfortunate thing is that many of these blogs are operated by people like us, massive fans of Warhammer Fantasy/40k that spend a lot of time trying to impart our knowledge and opinions to the rest of the community, I am not aware of any blogger who works within our industry that would honestly say that they exist solely to make money; the amount of time it takes to maintain and write for a blog is usually consuming our leisure time; most us have full - time jobs and families on top of our sites. The idea that we could face litigation is...disheartening.

I love this site, and I love the work we do - and I love the efforts of all of the other bloggers out there as it only strengthens the community we share; we are all passionate and avid fans of our seemingly incomprehensibly appealing world of little plastic soldiers and playing war games with them.

So on that note I ask, how do you think the trial is going to go; and do you have any concerns about what precedent that might set? Also, are there any awesome blogs (apart from ours ;]) out there that you'd recommend to other readers? And do you think GW has over - stepped their authority in this case, or did CHS simply push too far? Let us know in the comments section below or over at Facebook.
at 10:11 pm