Hello all and welcome to the first proper tactics entry in my Space Marine review! I'm experimenting with this new review format that covers the general qualities of a unit in the Unit Summary article and then focuses purely on actual capabilities and uses of the unit in the Tactics article. These will run in parallel with the Unit Summaries and hopefully line up fairly well so that the full Tactica series reaches completion in a timely fashion. I look forward to hearing your feedback on this and I also hope you enjoy the article! 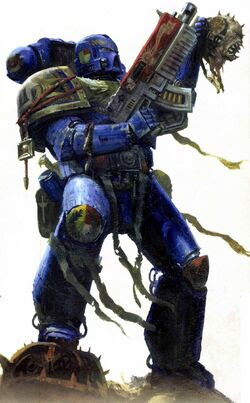 As a generalist character, Sicarius provides many abilities to your force that are situationally useful but he is not a specialist in any single aspect, lining up perfectly with the tenets of the Codex Astartes and even his favoured Tactical Marines. Wielding a special power sword, Sicarius is adept at killing other Space Marine equivalents with his four Strength 4 AP3 attacks, increasing to five Strength 5 AP3 attacks on the charge that make him capable of tackling hardier units. However, he can sacrifice all of his attacks to instead make a single special attack resolved with +2 Strength and the Instant Death special rule; this allows Sicarius to take on other characters and even monstrous creatures with fairly good odds of success, provided they lack 2+ armour saves or extremely high Toughness. It is important to note that he lacks AP2 attacks and Eternal Warrior, meaning he can engage characters of roughly the same or lower points level to him but any that are more expensive will usually have his measure; however, he does have assault grenades so that he should always be striking at Initiative 5 in combat.

In shooting, Sicarius uses a Ballistic Skill 5 Plasma Pistol which is a useful weapon for all kinds of purposes; it can redeem its' point cost in one shot before he charges or serve to weaken an enemy vehicle or monstrous creature, making it easier for him to destroy them in a possible subsequent charge. Be aware though that this is a short ranged shooting attack and it combines with his melee prowess to make him a more aggressively oriented character, but the risks of using it are low as he has a 2+ armour save in case it overheats. He is also an above average wound tank with his three wounds at Toughness 4, 2+ armour save, 4+ invulnerable save and Feel No Pain (5+); as mentioned prior though he lacks Eternal Warrior and thus you should never risk tanking a Strength 8 hit on Sicarius unless he only has one wound left and has the best chance of keeping his unit alive or in place.

From here on I will be focusing on what he brings to the table that affect other units in the army rather than his personal capabilities. He allows all friendly Ultramarines in the same detachment to use his Leadership 10 in place of their own, an important buff to try and prevent your Space Marines from fleeing off the table - which is still entirely possible with And They Shall Know No Fear - being Pinned or running from combat at an inopportune moment. Sicarius allows one friendly Ultramarines Tactical Squad - a note that it does not need to be in the same detachment as Sicarius - to freely benefit from one of Counter-Attack, Infiltrate, Scout or Tank Hunters, though Sicarius is not forced in any way to join this unit. Lastly, Sicarius provides a +1 Reserves bonus to your army, meaning that without other modifiers you can bring your Reserves into play on the roll of 2+ or higher rather than 3+ or better. Importantly, he can't penalize your own Reserve rolls in case there is a situation where you don't want your Reserves to arrive on a given turn early in the game. 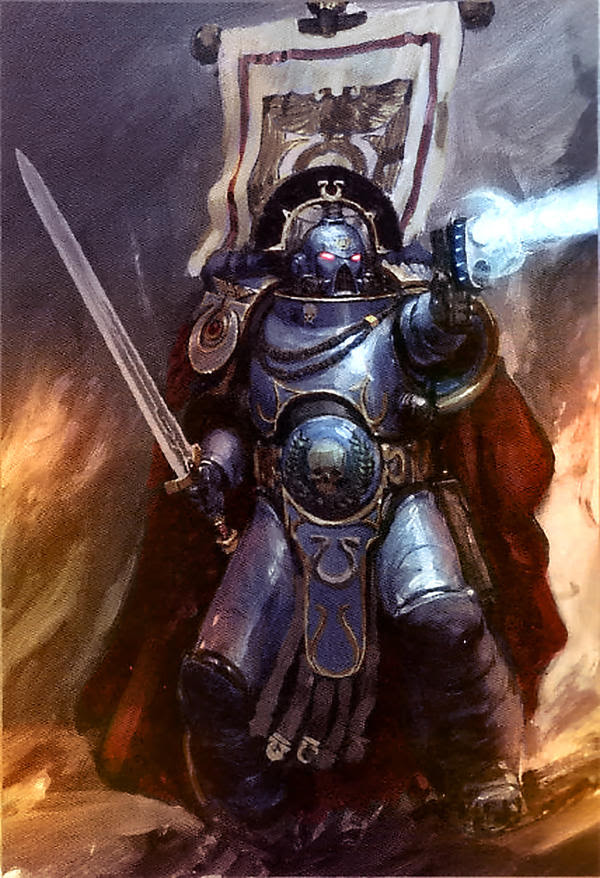 In deployment, I would favour a unit that has space for Sicarius in its' transport of choice assuming you are using any as otherwise you will likely waste his close-ranged damage output. This does not necessarily have to be an assault transport as such units are usually very expensive for Space Marines; any of the Rhino-chassis ground transports or a Drop Pod are fine. As for which specific unit, you want to make the most of the fact that Sicarius is a fairly tanky warlord that is also a good multi-purpose fighter which ideally means some kind of assault unit or close-ranged shooting squad. I find Honour Guard to be the perfect match with Sicarius given that they can use any kind of transport - including a Drop Pod - and pack in boltguns for any turns in which they are incapable of charging while being absolutely brutal in combat themselves. From there, you want to be taking on all but your opponents' proper dedicated assault units in a melee; Sicarius and pretty much any unit he joins short of Assault Terminators armed with Storm Shields (another decent unit to join) will get shredded by a simple trio of Carnifexes, for example.

It might come as no surprise that a unit of Scouting Tactical Marines provided by his Battle Forged Heroes special rule is a fairly decent target for him to join as well, using either a Razorback or Rhino to more safely eject them into the middle of the board prior to the first turn, but I would be careful with this if you don't have the first turn as otherwise they will be an easy target. I personally love to Drop Pod my melee units in when using the Gladius as it is a free method of getting to where you need to be, and the sheer mass of models you can drop on your opponent in the early turns should allow some of your assaults to be pulled off or at least force your enemy to focus on those units specifically. Another good option is a unit of Sternguard Veterans inside of a Drop Pod as part of a 1st Company Task Force due to their powerful alpha strike potential - which Sicarius contributes decently towards - and above average melee capabilities.

From the prior section of this review, we know that Sicarius is a fairly good wound tank with his strong saves, that his damage output is entirely close-ranged and that he provides numerous buffs to his army that lack any range requirement. For this reason I like to put him in a transport with an accompanying unit, position him either at or near the front of the unit to tank small arms fire or Strength 7 or less AP2-AP3 shooting that would otherwise just murder his unit, or alternatively in the middle or sides based on the actual shooting that might inflict Instant Death on him. The AP2 Instant Death ranged weapons (i.e. Strength 8 or greater) are particularly a worry as they will cut through most bodyguard units Sicarius uses and quickly remove any potential for Look Out Sir rolls due to model proximity, so against those weapons I would place him further into the unit or on opposing sides to compensate. As for what he should be targeting, you ideally want to fire off a few plasma pistol shots before you charge just to get some value out of it and then get stuck into an enemy unit that has 3+ or worse saves and lacks the means to fully deal with Sicarius.

Avoid characters wielding AP2 weapons that themselves have 2+ armour saves as they have a fundamental advantage over Sicarius, though otherwise most non-monstrous units that aren't dedicated assault squads are all good prey for Sicarius' Tempest Blade. In a list-driven context, Sicarius is very useful for Drop Pod Assault based armies provided he arrives in the initial wave - ideally in a Gladius for the free transports of course - as he then doles out his +1 Reserve roll bonus which should ensure most or all of your remaining Reserves arrive on turn two. As those armies are generally based more around non-veteran Space Marines, his Warlord Trait also becomes more valuable as the change from Leadership 8 to Leadership 10 is deceivingly significant. How you use his Battle-Forged Heroes rule is purely up to you and it goes without saying that you should have at least one Ultramarines Tactical Squad in the same army as they get a great boost from any of the free special rules. One option is to use the Devastator Doctrine together with Tank Hunters on a unit packing melta weapons inside a Drop Pod for a fairly cheap suicidal anti-tank unit that you can combo up with some Sternguard Veterans or other notable alpha strike units. Thank you for reading this experimental article! I am personally in love with this new format as it allows me to focus purely on how to make any given unit work in a game - actual, you know, tactics - without adding in any kind of positive or negative bias informed by the general unit review. Running the two article types in parallel will allow me to complete codex reviews in a more fluid manner as I won't get stuck on the particulars of reviews that snagged me in the past - at least, that is what I hope for anyway. In any case, I eagerly await your feedback on this article and your opinion on the famed Cato Sicarius!