Greetings all and welcome to the second overview article in my Space Marine Tactica series, this time focusing on the Generic HQ choices of the codex. Users of the Adeptus Astartes undoubtedly have more characters (generic or unique) to work with than any other army with each choice ranging from solid to fantastic in the right circumstances. I hope you enjoy this article!

A note here that as all or most units in the codex from here on out do not belong to a specific Chapter, I will be addressing the recommended Chapter Tactics for each unit in their own individual unit review.

Captain - The archetypal combat-oriented general of an army with the basic profile all other HQ choices in the game compare themselves to, a Space Marine Captain is infamous for being a middling or uninspiring choice due to being a pure beat-stick that is only really worthwhile when maxed out. Taking a monster melee combatant requires you to invest fully into both their damage output and protection, practically forcing you to upgrade a Captain to a Chapter Master with the now iconic Thunder Hammer and Shield Eternal wargear combination with some type of 2+ armour save and other items to taste. Otherwise, the only real use for a Captain nowadays is as a tankier Warlord option than any of the other generic characters in the slot; his damage output isn't great, nor does he actually buff your army in any way whether through psychic powers, repairing vehicles or some other ability. These aren't that great competitively for the reasons listed but also because they simply do not compare well to Librarians whatsoever in a 7th Edition context, though if you do want to go all out and field a kitted Chapter Master then you should have no issues protecting that valuable Slay the Warlord victory point while destroying your enemies in quick fashion. It is worth noting that both the Captain and Chapter Master didn't see any real changes in the new codex, unless you count the tweaks to the various Chapter Tactics.

Librarian - The first mistake most players make is to compare Librarians to Farseers and thus determine that the former choice is not valuable; this is more a case that Farseers are ridiculously under-priced with regards to their abilities, whereas Librarians are far more appropriately costed. These are still undeniably the best generic HQ choice available to Space Marine players given that they provide your army with a presence in the psychic phase, a deceptively useful defensive tool for countering other psykers in the form of the Psychic Hood and insane versatility due to their coveted access to all seven distinct rulebook psychic disciplines. This allows Librarians to plug almost any hole your army list has against a given opponent while functioning as very cheap support HQ choices that are also potentially quite nasty in a melee due to their improved Space Marine stats and native force weapon. The addition of Daemonology and Divination to their repertoire as well as the potential bonus of Psychic Focus makes Librarians the most versatile HQ choice in the army by far as they can provide you with suitable counters to almost any threat on a game-by-game basis.

Techmarine - The removal of the Master of the Forge in place of a buffed Techmarine that fills the middle-ground is a change I personally wasn't very happy with as it removed the option to take individual Dreadnoughts in other slots. Some might say squadrons make this redundant but if you wanted to run a full Drop Pod Assault list then having six Dreadnoughts all arriving from Deep Strike was a potentially terrifying trick to have, one that is no longer possible with a single Combined Arms Detachment. In any case, lamenting an expensive and rarely used tactic does no-one any good so I'll move on; unless you absolutely adored using that kind of list without the extra mandatory Troops and HQ choices, the new Techmarine is massively improved compared to the old Master of the Forge. A 25 point reduction with an added free power axe for what is essentially a total 40 point price drop while keeping the same stats, other base wargear and actually important special rules leave this unit in a much better spot than it was in previously. Even if you go in reverse and look at the Techmarine's previous incarnation as a cheap character that didn't eat up a slot, the current version is far and away the better value unit with the stat boosts and added equipment that serve to make it a viable Warlord option. Changes aside the Techmarine stands head and shoulders above the Captain as far as providing value for the points cost, being able to repair vehicles, provide cover bonuses to terrain in your deployment zone all the while being a fairly decent melee combatant himself. He's not quite as versatile as a Librarian and you can't expect to throw him into a list lacking vehicles and have him "make his points back", but for a cheap HQ choice that packs a lot of potential ranged damage and other abilities he is easily worth his price and has massively improved with the new codex. 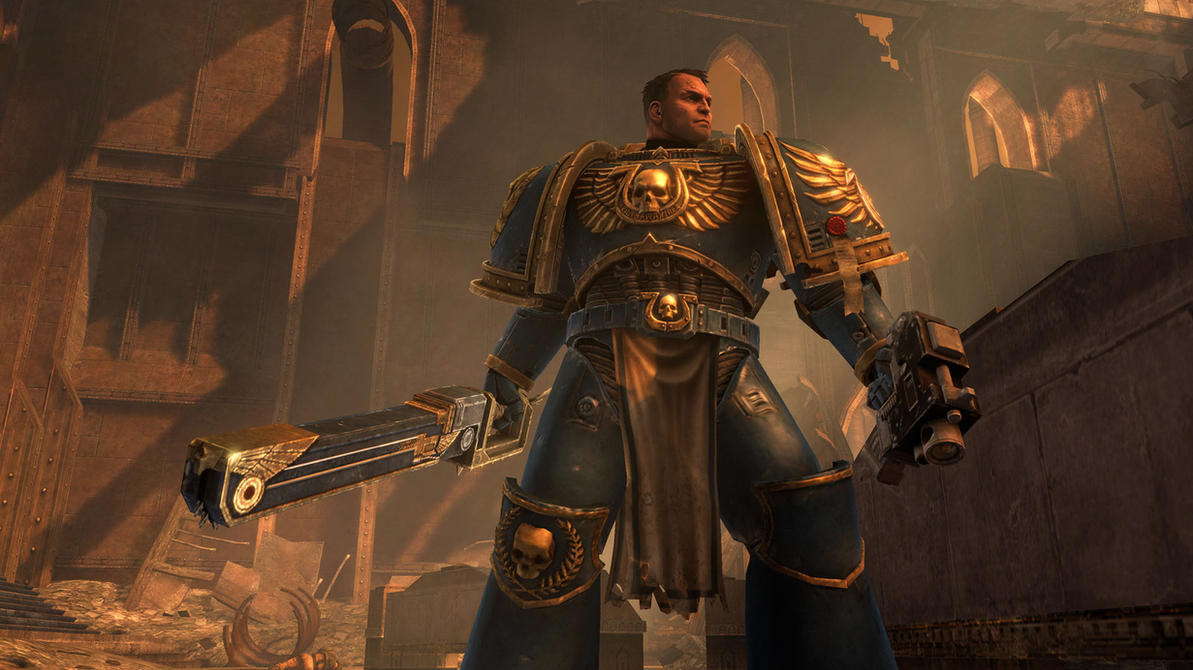 Chaplain - Much like the other non-Captain generic HQ choices in the codex, the Chaplain sacrifices hitting power and durability to provide a range of bonuses to the army; unlike the Librarian and the Techmarine though, these are much more limiting and the Chaplain himself is not adequately priced based on what he is capable of. His melee prowess is roughly equivalent to a Librarian with the difference being having Hatred versus wielding a force weapon, but he packs in a 4+ invulnerable save due to his stock Rosarius to make him more survivable overall. Where my and others' issues with the Chaplain arise is that his support ability is mediocre in the context of 7th Edition, limiting in the sense that he is restricted to providing it to Imperial units that aren't the best possible recipients and that the buffs themselves just do not compare whatsoever to what either the Librarian or Techmarine provide to a take-all-comers army list. Giving a Space Marine unit the Fearless special rule is generally a boost but it also comes with some unfortunate side-effects like being incapable of running from a foe you cannot harm (the common example of this being an AV13 walker), but the Hatred bonus is decidedly poor given that it works for only one round of combat and exclusively buffs the to-hit rolls of a single unit in a melee.

Contrast this to the dazzling array of psychic powers a Librarian can provide or the ability to both repair vehicles and provide a strong defensive boost to parts of your army with the Techmarine and the Chaplain just ends up feeling uninspired and contrived, especially given that he is 25 points more expensive than either of those characters for little or no real improvement outside of the 4+ invulnerable save. A Chaplain will only ever really be worth it if you attach him to an Honour Guard or Assault Terminator unit - as far as units in this codex are concerned, anyway - but for those units I would rather have the ultra tanky Chapter Master build with a Thunder Hammer that is capable of soaking up mass amounts of punishment and dealing with enemies his attached squad often will be unable to counter appropriately. These have been mediocre for a while and the lack of truly fantastic assault options for Space Marines culls any chance of them making it into the most competitive lists. As for how he himself fares in the new codex in contrast to the old one, little has changed save that Honour Guard are now an Elite choice and thus an easier unit to recommend for the Chaplain as you no longer need to field a Chapter Master to unlock them.


Thank you all for taking the time to read this surprisingly short article, I hope you enjoyed it! The streamlining of the codex options for the Generic HQs wasn't that much of a surprise given the way in which most 7th Edition codices are designed, but it does represent a slight loss in versatility with regards to list construction. Regardless, I can't deny that most of these choices got better with the new book and ultimately that is always the most important part of good codex design.
at 9:00 pm