Hello there ladies and gentlemen; I bid you a warm welcome to the newest entry in my Space Marine Tactica focusing this time on the iconic Troops choices that have long been considered uninspiring or bland by comparison to many of the Xenos codices. I hope you enjoy this article! 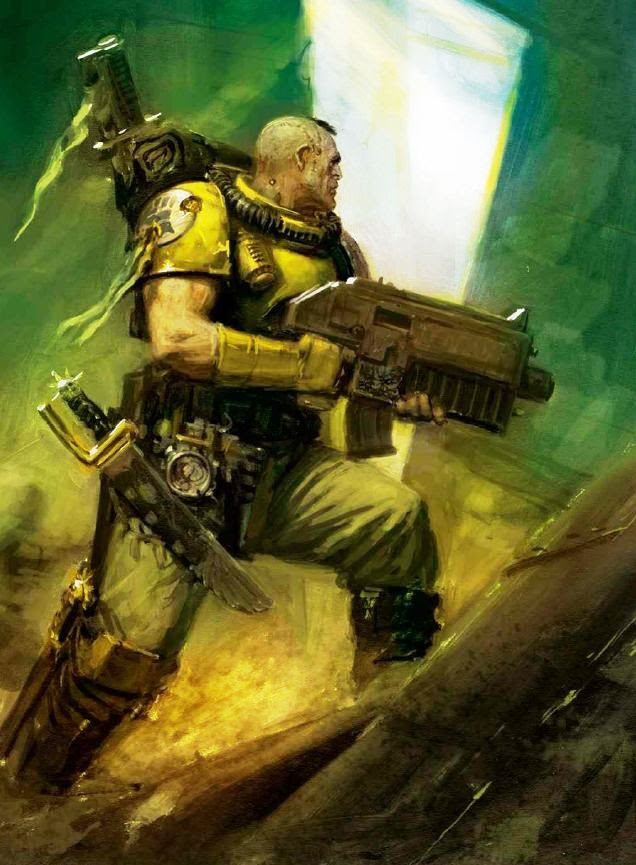 Tactical Squad - The very definition of mediocrity in Warhammer 40,000 to most players, Tactical Squads bring you standard Space Marines with Objective Secured, reduced access to wargear options and little else. Your basic Troops choice is comprised of Toughness 4 models with a 3+ armour save which used to be seemingly infallible in editions past, a boltgun for medium-ranged anti-infantry shooting, a bolt pistol for paving the way to a charge, assault grenades to ignore Initiative penalties when charging through terrain and a krak grenade for light anti-vehicle duties. These are doubtless among the most versatile units in the Troops slot of any codex in the game, but this isn't to say they can match other equivalent points unit in a melee or a fire-fight while they certainly aren't the most durable unit you could field either given their cost when you consider all of the heavy firepower going around nowadays. However, many still fail to appreciate that having one unit capable of performing almost any role you want while also bringing Objective Secured to the table can win games if the situation allows it; if you manage to get close to enemy vehicles that aren't either Walkers or have rear AV 12, they are surprisingly easy prey for Tactical Squads in a melee. Tactical Squads are also unlike many other Troops choices in that they can operate independently and without support because of And They Shall Know No Fear, what I still consider one of the absolute best special rules in the game in the context of scoring missions.

The bonus of Chapter Tactics provided by the two most recent Space Marine codices ensures Tactical Squads are the best they have ever been on their own merits, but the problem lies with armies gaining easier access to high Strength AP3 and AP2 weaponry and the general play-style of the game coming to revolve around highly damaging mobile shooting. If Tactical Squads could take either two special weapons or two heavy weapons I think it would fix many players' complaints about them as at the very least you would end up with a bit more of a specialized ranged role instead of trying to work around the fundamental flaw of wanting to get close but also having to be stationary to use both the special and heavy weapons effectively. As I have made clear in the past, I like Tactical Squads purely because they are defined by their utilitarian combat philosophy and are priced pretty appropriately given all the different rules they have, many of which - like And They Shall Know No Fear - are hugely under-valued, but I also understand that they could do with the option of specializing and maybe being slightly cheaper. Another thing to keep in mind is that the other two units in this slot are just flat out better than Tactical Squads, something that further devalues their worth in all but the more specific builds requiring their presence such as a Gladius Strike Force.

Scout Squad - For those that know just how good these are, I'm sure you have no need to read this mini-review; for those that don't understand why everyone loves Scouts in 7th Edition, I'll do my best to explain it. A Scout Marine has the exact same stat-line of a Tactical Marine save that he has a 4+ armour save instead of a 3+ armour save, but gains the Infiltrate, Move Through Cover and Scout special rules, is allowed the option of exchanging his boltgun for a close combat weapon, can be customized on a unit basis rather than being limited to a few models per unit, and can take the awesome Land Speeder Storm as a Dedicated Transport in place of the usual trio. Obviously, this sounds like a really good deal given that so many shooting attacks ignore 3+ armour saves these days anyway, so you would probably think that the Scout Marine must be the same or slightly more expensive than a Tactical Marine; surprisingly, a Scout is three points cheaper per model before upgrades. Of course, all of those added rules mean nothing without context so I'll go a bit more in-depth. Being able to both Infiltrate and Scout means that you have virtually unlimited deployment options with Scout Squads and can always deploy just over 12" away from enemy units if you wish, setting you up for potential first game turn charges and generally applying early pressure where you feel it is needed. Alternatively, you can deploy onto objectives, Outflank to pop up in your enemy's backfield when they are unprepared and garrison any buildings placed outside of either players' deployment zone; the options are limitless and it gives you unparalleled tactical flexibility with regards to what you want to accomplish in the early turns, making them ideal for both Maelstrom of War and Eternal War missions. 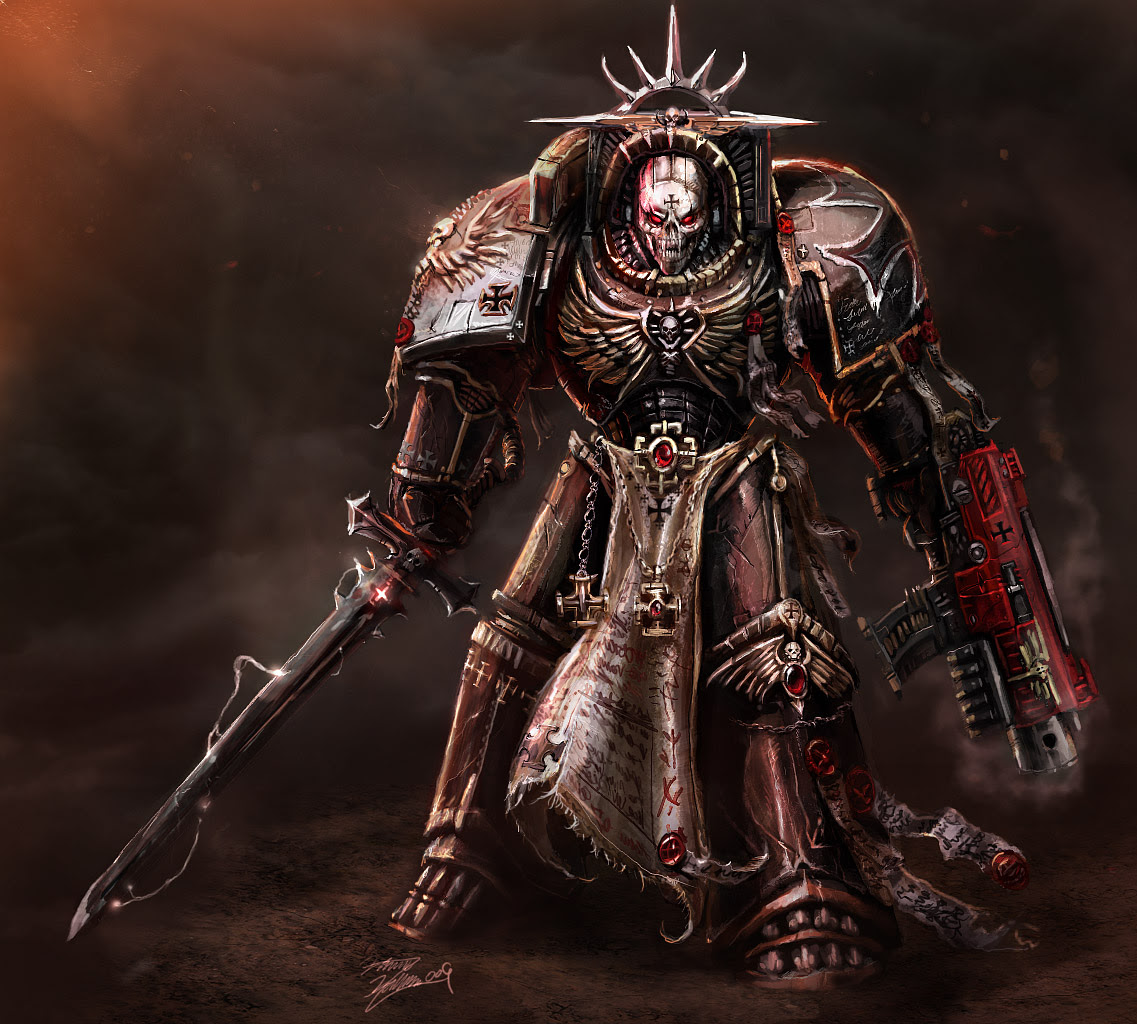 Having Move Through Cover also means they get around the board without being impeded as much by terrain and have easier charge ranges, while the incredibly cheap and optional Camo Cloaks can make them more generally durable compared to Tactical Squads if you position them well. Some still swear by Sniper Scouts but personally I love using these to apply pressure early in the game or get onto objectives that the opponent will have trouble moving towards to secure potential early victory points via Tactical Objectives, but generally the fact that they can get so darned close to enemies as soon as possible and pack in optional close combat weapons and default krak grenades makes them an awesome close assault unit, especially considering they still have all the benefits of And They Shall Know No Fear and Chapter Tactics. Of course, I have yet to even properly address the major buff Scouts got in the new codex; what used to keep them relatively balanced against Tactical Marines was the fact that they had Weapon Skill 3 and Ballistic Skill 3 to represent their inexperience and status as initiates. For whatever reason, this was kept the same in all the Adeptus Astartes codices leading up to Space Marines and then changed in this codex for seemingly no reason; the older 7th Edition codices haven't even received an FAQ ruling to bring them in line with this new change that Dark Angels have also adopted. Giving Scouts the exact same offensive stats as Tactical Squads just makes their value disparity all the more apparent and easily justifies their competitive place in any Space Marine list, even if just as part of a mandatory auxiliary choice in the form of the 10th Company Strike Force for a Gladius.

Crusader Squad (Black Templars) - The only unit in the codex that is Chapter-exclusive outside of the HQ and Lord of War slots, Crusader Squads seem like a novelty at first glance but bear some important advantages over the basic Tactical Squad so as to make them almost mandatory for Black Templar armies. While the Black Templar Chapter Tactics themselves aren't the best as I'm sure most players will agree to, Crusader Squads allow you to achieve many feats that would be impossible with Tactical Squads. They can choose to replace their boltguns with close combat weapons for improved melee capabilities, they can take a special melee weapon in place of the usual heavy weapon option to have (for example) a power fist-wielding Space Marine that cannot be singled out by challenges, they can use both a special and heavy weapon at the basic unit starting size and you can add Neophytes that are essentially cheaper Scouts without all the special rules into the unit. Heck, you can even take Land Raider Crusaders as Dedicated Transports for Crusader Squads if you want to spam them as a form of spoiler army - just don't be surprised when well designed competitive lists make short work of them as Land Raiders are sadly more vulnerable than ever with Destroyer weapons and Graviton weapons populating almost every codex. Aside from this, having all of the same options plus a plethora more ways to actually run the unit make this an easy and themed winner in the Troops slot for Black Templar armies, even if actual Scouts are still what I consider the best choice overall to provide Objective Secured to your army outside of a Gladius. If you actually want to run "horde marines" without taking a maxed out Battle Company via the Gladius, Crusader Squads are your best bet in the current codex; sadly, you can't use Crusader Squads in the Battle Company as replacements for Tactical Squads for...I can only assume thematic reasons?


Thank you all for reading this article, I truly hope you enjoyed it and found something here that was useful to your gaming endeavors. Scouts are the best they have ever been with regards to competitive play but I do maintain my general liking of Tactical Squads due to their innate flexibility as a Troops choice, something that many other units in the same slot often cannot emulate. If you feel differently or have any general feedback for me, please leave a comment and I will do my best to reply!
at 8:54 pm