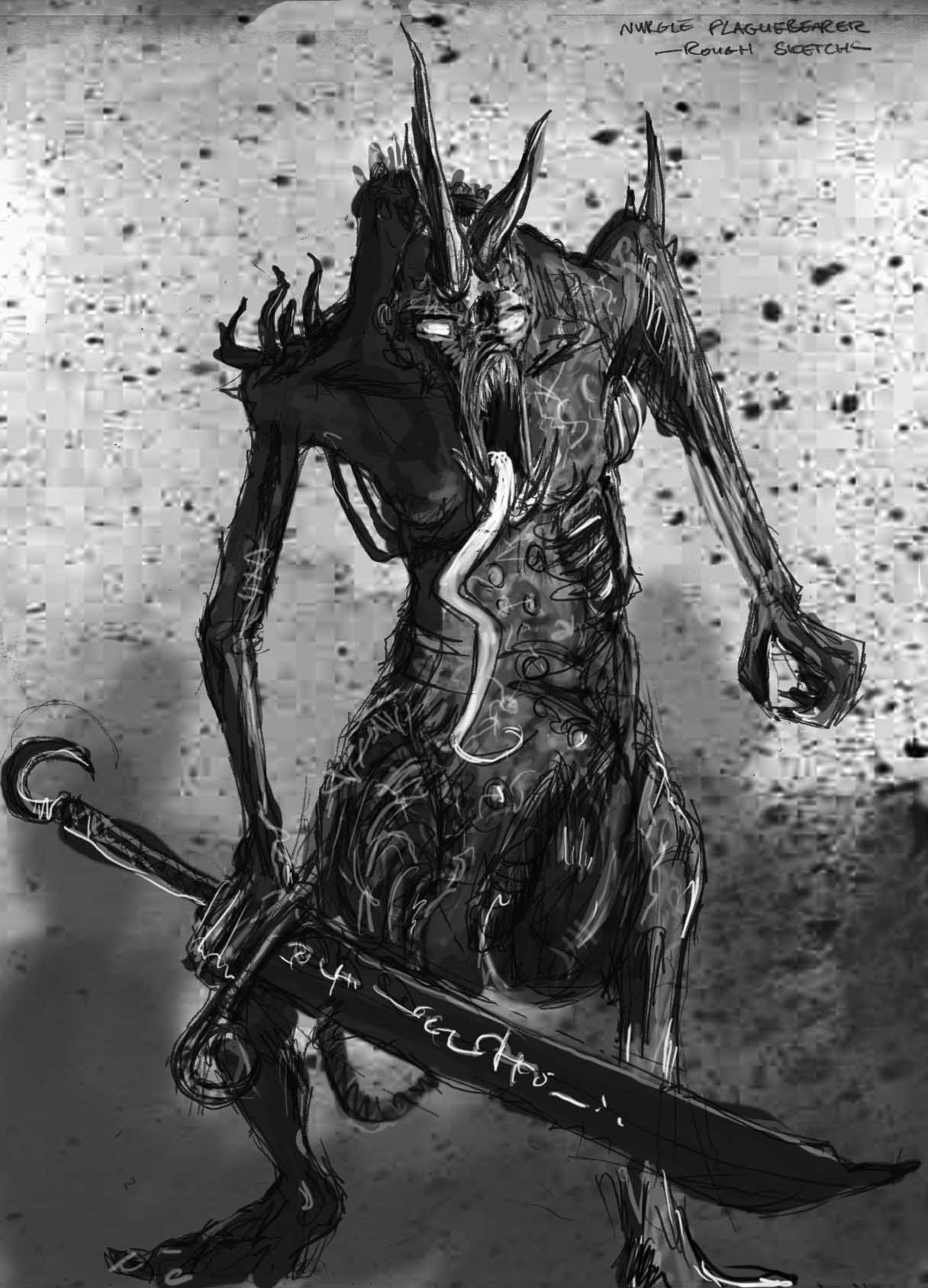 Grand Father Nurgle… bestow your blessings upon me!

Big Mega V (Megavlhalla) here to tell you all how much my soul and flesh and has been corrupted by
Nurgle’s...delights…

One week ago today I went to the local GW, I first laid my eyes upon the monthly White Dwarf;
since then my soul has been taken by Nurgle’s loving embrace and I decided to start off my own
themed Nurgle Daemons army full of Plague Drones of Nurgle, Nurglings etc….

Don’t get me wrong, this isn’t due to the new releases, it is because the range only just a few years ago
wasn’t fully complete and lacked variety, as you could imagine an army with just a few daemon princes
and minor deamons was rather boring. But with these new releases the scope of a themed army has
now been widened to it’s full extent! (not to mention the FW resin models). The previous models
themselves were rather lame at the time and compared to the other bright and shiny models, I thought I
would wait until something was done about the lack of variety and so I went off to do other armies with
updated ranges ( seriously, I hate painting an army with out-dated models; and only a few kit’s in the
range have been updated - grrrr….).

So today, I went out to buy a Herald of Nurgle and the Plague drones of Nurgle… It was well worth the
wait! The new models are just oozing with character and fine detail.
The Herald is just awesome, it was a no brainer purchase (partly because it was plastic) but it is just soooo cute!
The detail is amazing, really simple to put together and the base detail is just icing on the deliciously fetid cake.
The Nurgle Blight drones, though expensive money-wise, are a personal favorite of mine and add so
much to the Nurgle range. Seriously, it can’t get any better than daemons riding giant flies! I also have a
fly swat to give to my opponent if they are getting smashed by them, just to be a troll.
UMADBROCAUSEMYFLIESFLYALLOVERYOURCARCASS?

The only reason why I am doing a themed army is because the idea of mixing two daemon factions
doesn’t fit with me in any sense. I prefer to play themed armies and to play for fun, even at
tournaments, sinking $500+ into a game just to smash people to inflate my personal ego just doesn’t seem right.

Well then… here is the list of stuff I will be buying and building over the next few months:

These will form the core of my army…. Just can’t get enough!

My (rather tasty) spawn.

How can the internet hate them so?

Adding more punch to the blocks of plague bearers.

Big. Ugly. Stompy. More than likely will stink up the joint and intimidate my foes. Not sure as of yet if I'm going to purchase the FW model.

So this will be my list and initial purchases. Some of you are probably looking at it and saying to
yourselves ‘THIS IS AWFUL WTF MEGA-V!?!?’ Well, these are my favourite units and only meant to be a themed army and I am expecting it to be a lot of fun to play with and will look absolutely disgusting on
the table top. I will be posting pics of this army in all of it’s glory in the future (in one or two months). So
stay tuned!