Hello there, boys and girls, ladies and gentleman… It is I, Megavalhalla. Today, I will be giving you a review on the new Imperial Guard novel ‘Baneblade’ written by Guy Haley. His only previous writing is an audio book about the Salamanders after the massacre at Istvaan IV… so as you could imagine I was a bit apprehensive about buying it at all, but I thought it would be good to give it a try. Since the Game of Throne series is as long as it is, I thought I would give myself a break from it and go for some metal vs metal action… I love the smell of bleeding, burnt metal in the morning.


For starters, the price of this book is way too much. I paid $20 for a novel, a short novel at that… and embarrassingly enough whilst reading it an odd thought strayed into my mind ‘This book is meant for teenagers and children’…. So I almost went back into GW and demanded a refund. But since I love my collection of BL I decided to keep on reading and finished it shortly afterwards. There was just not enough to justify $20 worth of reading material.

But beyond that, I suppose that there is something interesting in there… somewhere anyways.The book goes into detail about how the tank operates, how many men are required to operate the machine as a whole; to which I do have to give the author credit as a lot of authors could not be bothered to go into such detail and just go on a whole lot about how super killy the guns are on the thing. Which, yes, Guy did go into a lot of detail about the guns but it was mainly how the whole thing operates, to which I greatly approve of.

I hate GW marketing methods, yet I have respect for it as well… despite how much you guys hate the prices… we still buy it. No matter the issue. This book is pretty much just written to convince you to buy a Baneblade, no seriously, buy a Baneblade. Why not buy 2? Oh and don’t forget to buy a Shadow sword, otherwise your other two Banblades won’t be cool enough. And don’t forget to buy 10 Leman Russ battle tanks to support your big killy things. The battle scenes were something typical of what you’d see in a normal 40k game, which is very disappointing… when you pay $20 for a book, come on, there should at least be a bit of quality, NOT JUST WRITING DOWN WHAT HAPPENED IN YOUR LAST GAME OF 40K F!@#FACE. 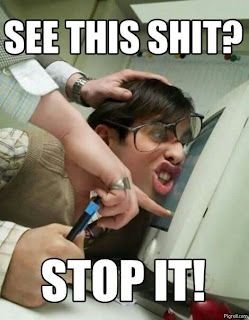 There are some minor other details I would also like to comment on… the planet the guard are on is called Kalidar. A planet with no water, a planet that has continual electrical storms, sand storms, solar pulses from the sun which completely anal rape the magnetosphere (which does explain why the planet is so dangerous); Guy goes into detail what the planet does to the tanks, why they are there, what the dust does to a man’s lungs and what they are digging out of the ground, except one crucial point is missed out… HOW THE F!@# DO THE ORKS SURVIVE!? There is no water, they don’t wear re-breathers so how are their lungs not completely shredded? Their lungs are the same as a humans, they are soft pieces of meat and if glass gets in there, no matter what you’re f***ed. Plus, the Black Templars do make a small appearance and are rarely mentioned but somehow they manage to save the day… how predictable… there wasn’t anything whatsoever in this book that surprised me one bit. No shocking conclusions, heroic endings, sad and humiliating loss. Nothing.

And speaking of surprises, the blurb (for the those of you who don’t know what that is, is the text on the back of book giving you a brief description of what happens in the book) states that Bannick has a dark past and as it would turn out he killed someone in a duel, in self defense, so he runs off and joins the guard…. Boring. This book was boring from the get go and once again was let down from this new generation of BL authors… please pick up your game for the sake of BL and GW otherwise these books will just start to gather dust and sit on the shelves. These books are just blatant marketing for GW…

Despite all this, the only thing more interesting in all of the book is the cover art… which is probably what convinced me to buy the thing in the first place. So guys, don’t buy this one… it does not have anything good/significant/ unusual/ insightful about it all… a very under average book and not worth your hard earned cash. So overall I will give this book 4/10 Mega thumbs down. Don’t buy it.
at 11:46 pm