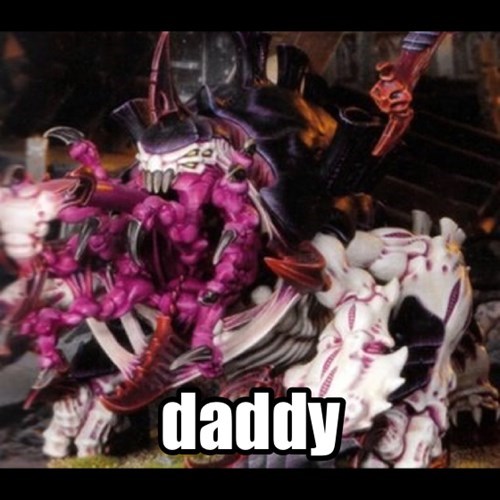 Hey guys, Learn2Eel here with a little update after the recent Carnifex article. On the day I posted up my Tyranid Fast Attack Summary article, the 16th of March 2014, Imperator Guides officially hit over 400,000 life-time views! This is a monumental achievement for a blog that has only been active since the 3rd of February 2013, and one that I am hugely proud of. Thank you all for your support over this year and a bit, it has been a special journey for me and I hope it has helped you all in your war-gaming needs!


The Tyranid Tactica has been my biggest yet, even more so than the colossal Space Marine and Chaos Daemon Tacticas, and I've learned a lot over the two months that I have been covering the inter-galactic Xenos. The structuring and raw content of the articles has been getting lots of praise and criticism in equal measure, and I've further refined them into a pattern that I am really happy with. This is only possible because of you guys and your feedback, so please, keep it up! We appreciate all of it! A bit of unfortunate news though is that I feel I will need a little bit of a break again just to set up the final six unit reviews for the Tyranid Tactica series, as the Carnifex article was so long that it literally left me burned out (in terms of authoring). With that in mind, the Biovore article likely won't be posted on the 20th of March, but probably on the 24th or even as late as the 26th. However, this is just a prediction of mine as I am struggling to get writing the last batch of articles. The Biovores may very well be posted up on the 20th on schedule anyway, but I thought I would just let you guys know they might be delayed so you aren't left wondering where the article is. Sorry for any possible delay!

As far as future Tactica series are concerned, I do want to go back and restart the Necrons, Vampire Counts and Horus Heresy series I attempted to initialize, but Games Workshops' frenetic release schedule means that I really can't afford to try and revisit those without getting a bad case of overload. The impending release of Imperial Guard will no doubt be interesting because they are such a massively popular army, but also from an authorial perspective, I really want to see how much the new codex changes over the old one. If the changes aren't as dramatic as, say, the new Daemons codex pulled over the previous book, then I probably will be able to get away with doing another army simultaneously and alternating them when I can. Of course, as my history suggests, when I try and promise I will do alternating series simultaneously, it doesn't work out and I just end up doing the latest one. It's a case of "we will see" though as, with the Tyranid and Space Marine series, I now have a formula for my articles that is flexible and easy for me to fill up with content. I will be looking at Imperial Knights in the near future once I have four of them built and ready for gaming; I want to get in a lot of games with them before I commit to a Tactica. After all, I don't want to theory-hammer a review out for a codex consisting of what is effectively one unit, right? I may also look at other army books I am really familiar with, such as Dark Elves and Grey Knights, but that is definitely a "we will see" proposition.

Anyway, thank you so much for the support guys! Your contributions through feedback and views have been simply immense and inspired me to keep the blog going even when I was having second thoughts about its future. A big shout out to Larry Vela over on +Bell of Lost Souls who helped me get started with Blogger and gave me a super invitation to the BoLS Elite, he is an awesome guy and has helped Imperator Guides get to where it is right now. I have to send a warm thank you to (in my personal opinion) the best author at Black Library, Aaron Dembski-Bowden, who provides us not only with some good feedback but also put us in the spotlight by simply sharing us on his Facebook page. So many fans made their way here through his recommendation, and I am eternally grateful for this as it means there are more voices to help out with these articles! Also a big thank you to our very own Jax Tolemn and Mark Taylor, these guys are great friends and have helped so much with inspiration and their very own articles for the blog. Of course though, no one is more important than you guys, the fans. I can't thank you enough for making Imperator Guides what it is today, and I hope to reward that with high quality content. Thank you again! Eel out, and singing "I'm Dancing in the Rain"!