Hi guys, Learn2Eel here with a look at the beginning of my new Warhammer 40000 army; Imperial Knights! I splurged the cash and came home with this lovely little walker, and despite being my first Knight, I couldn't help but convert it up! I hope you like the Knight! 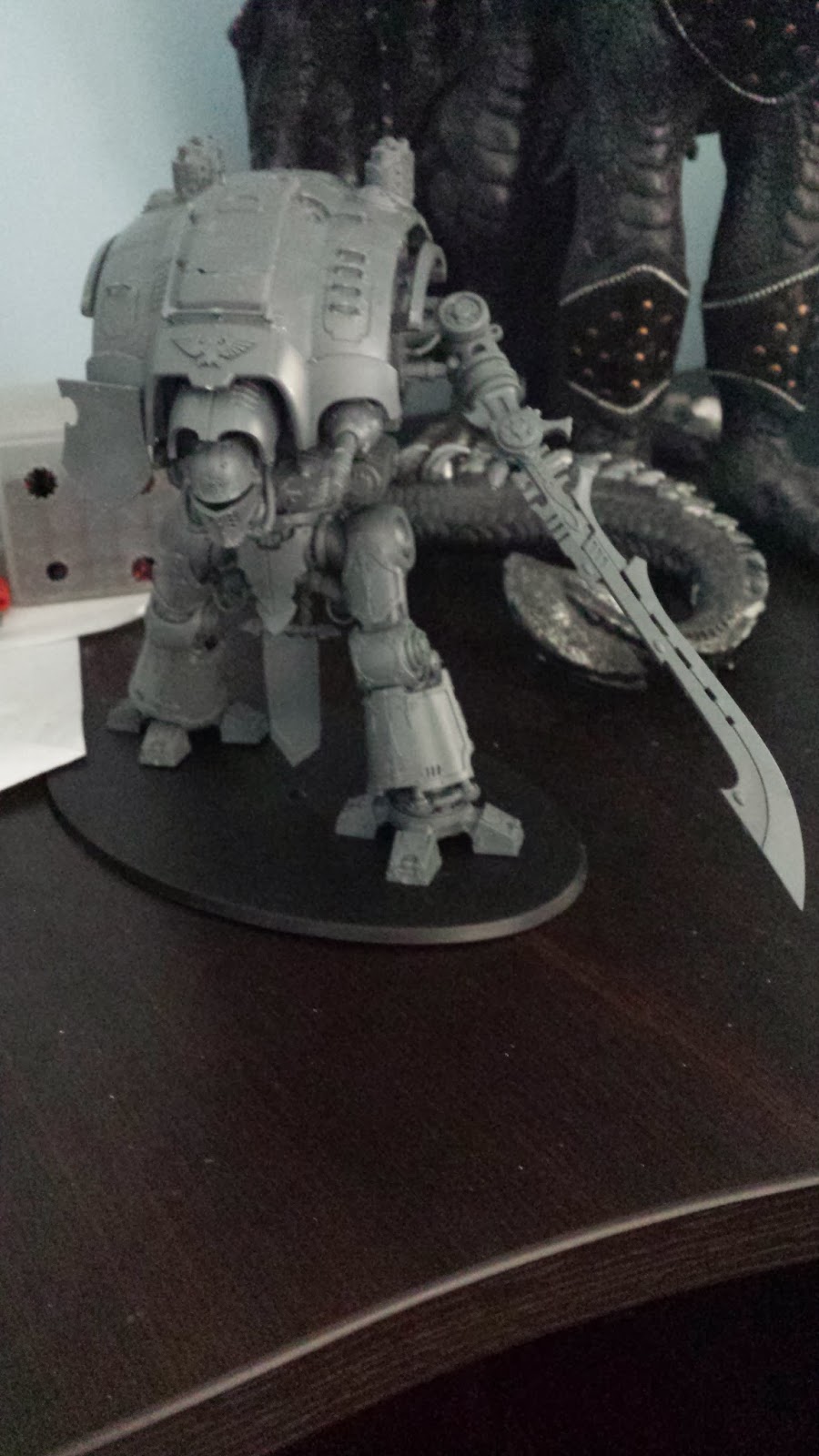 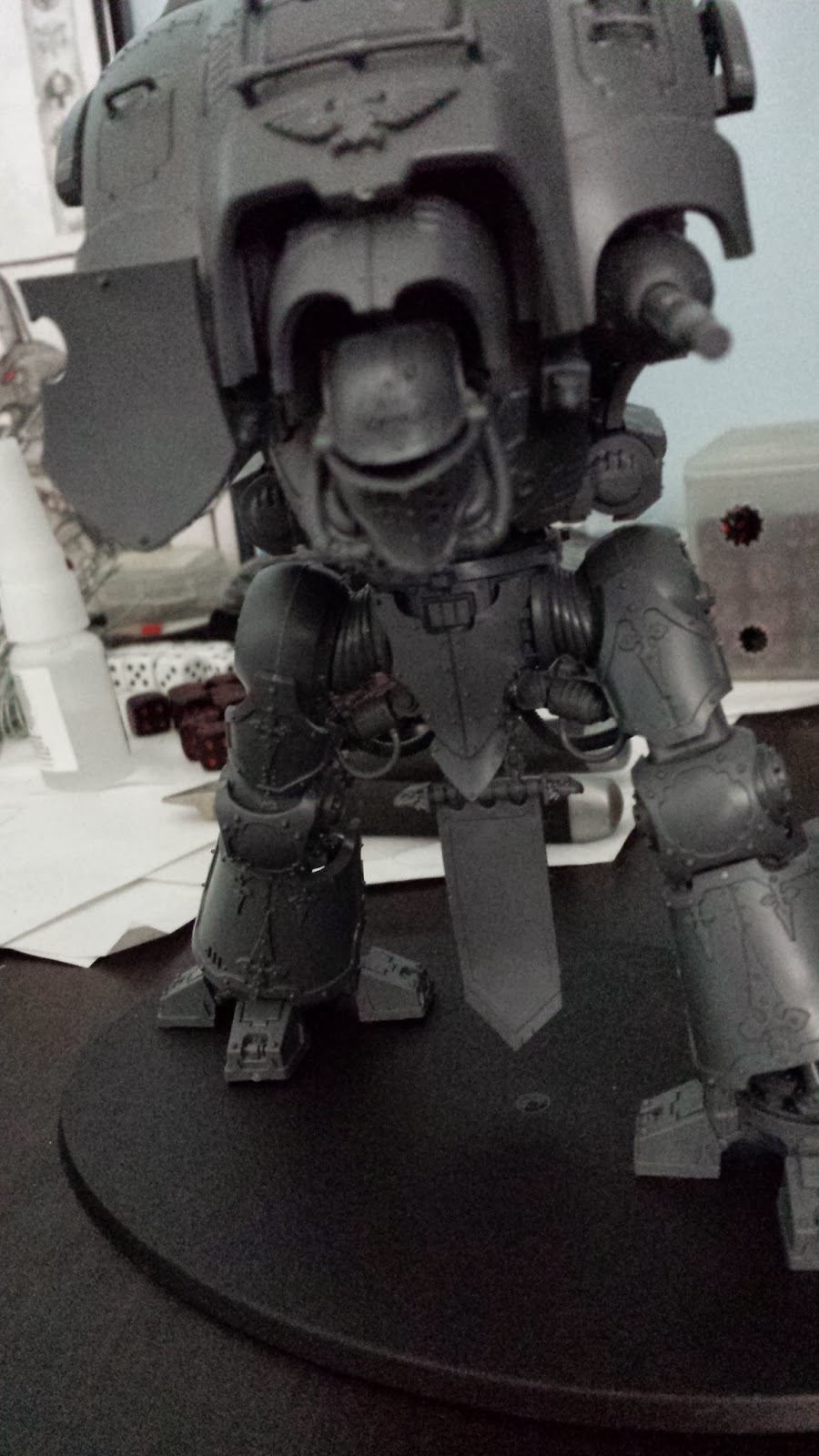 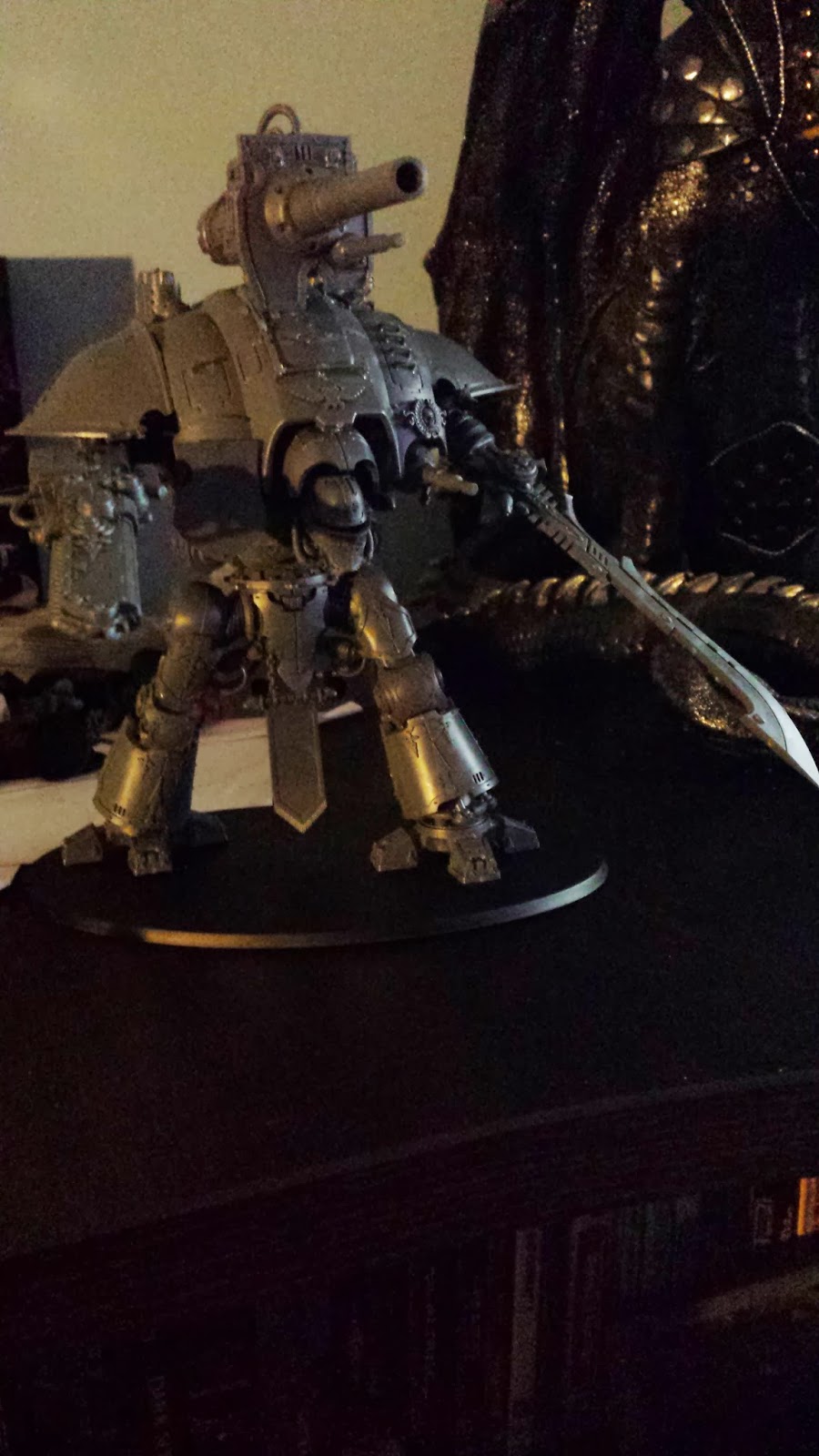 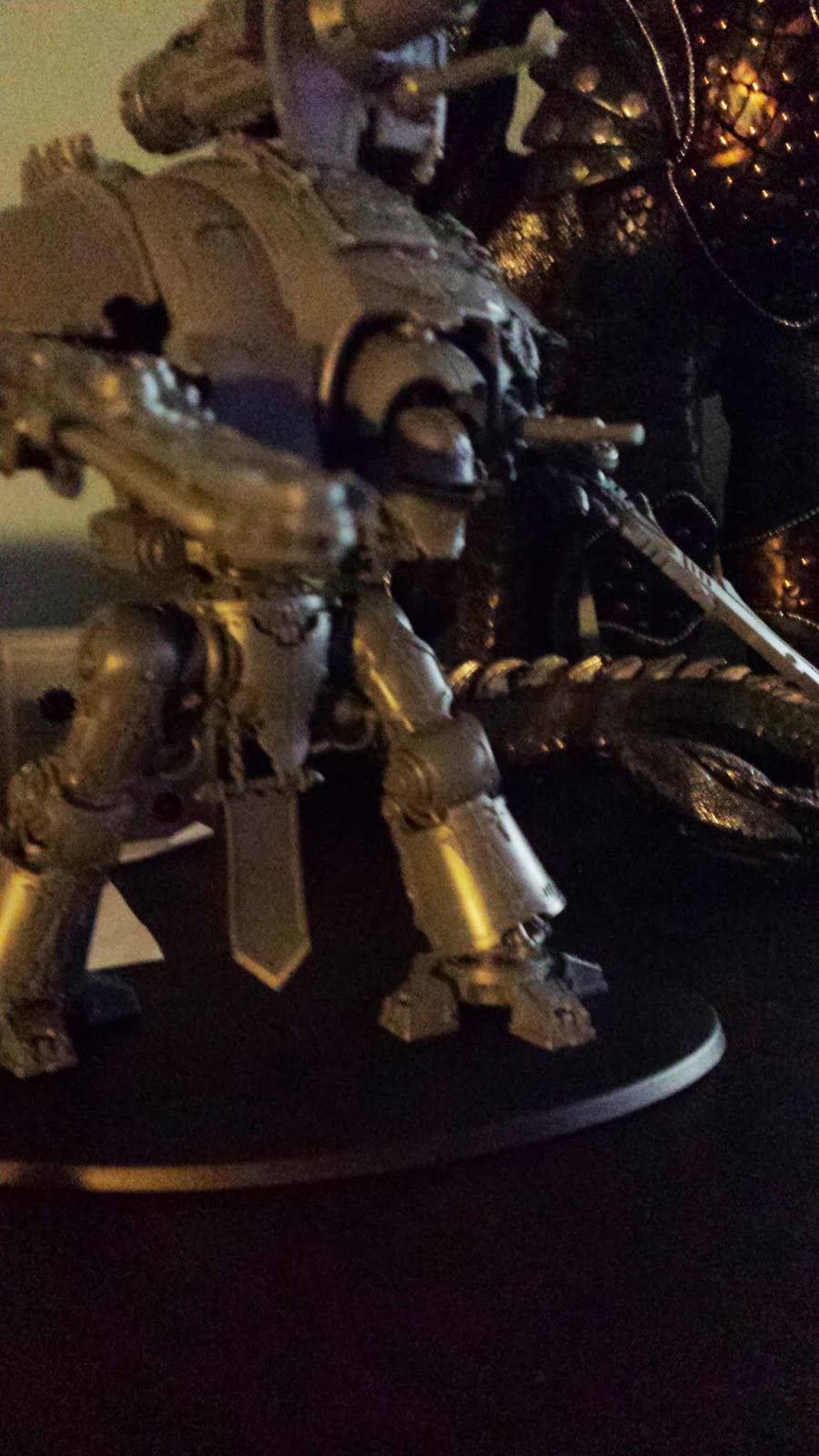 As you may have figured out by now, my Knight is definitely not a standard one. I love kit-bashing and converting, even on new kits that I haven't had prior experience with, and the Knight gave me some big opportunities. I had a spare Wraithknight blade lying around from my two Wraithknight kits, so I added it to where the chainsword usually sits. It wasn't until later that I figured I could mount the battle cannon atop its hull, leading to the chainsword on the other arm and the battle cannon all the way up top. From there, I decorated it with normal stuff. Really, it was an easy - albeit rough - conversion. I need to do some green-stuffing around where the battle cannon is mounted and where the chainsword is attached to the right arm, but other than that, I think it came out pretty well. Future Knights are going to stick to the usual formula though - the First Knight of Prospero is the greatest Knight of Prospero, after all! Indeed, Canis Vertex will be the Warlord of my Knightly House, and will serve the Thousand Sons in their most dire battles against the scum and filth of Xenos. 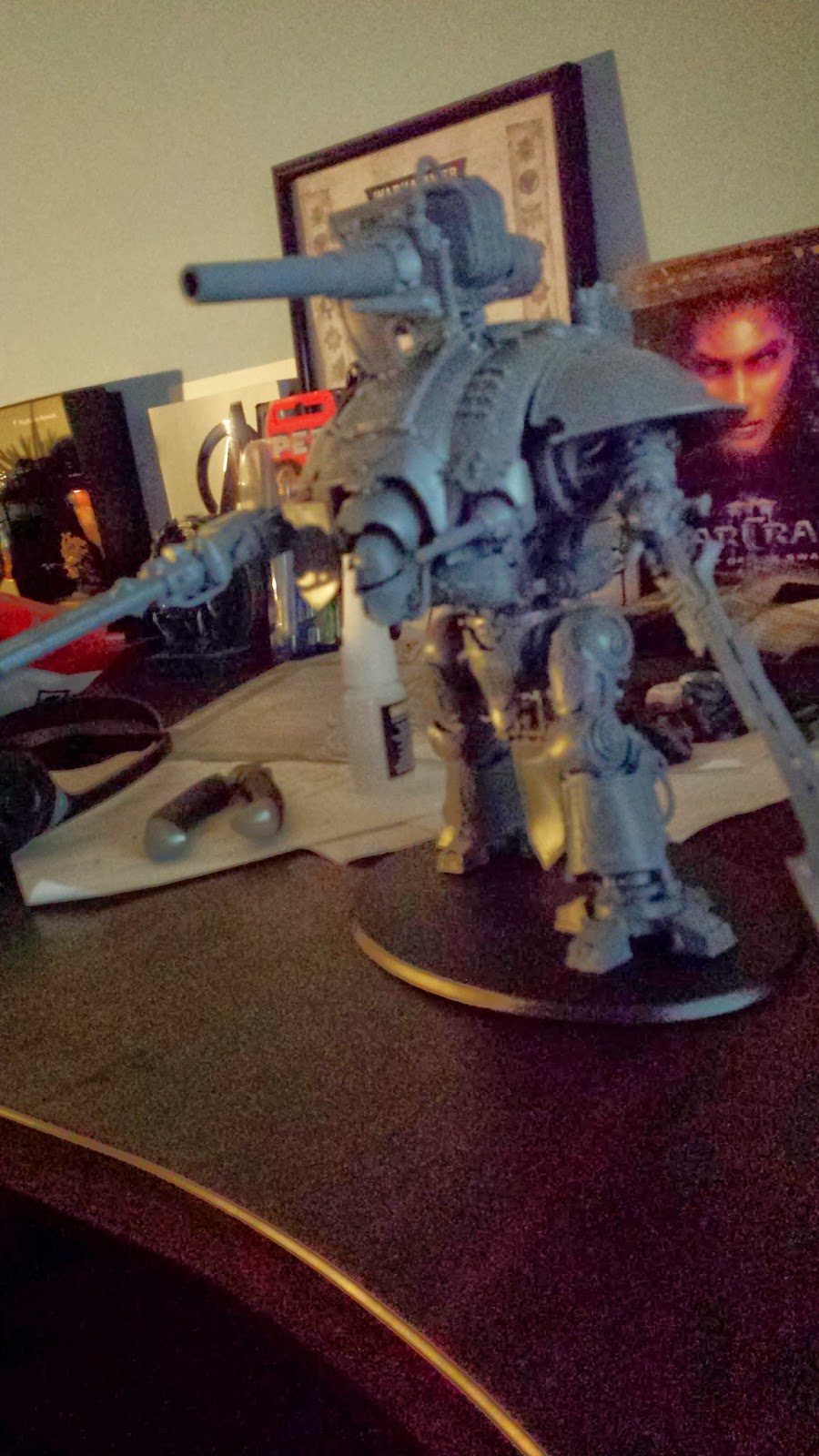 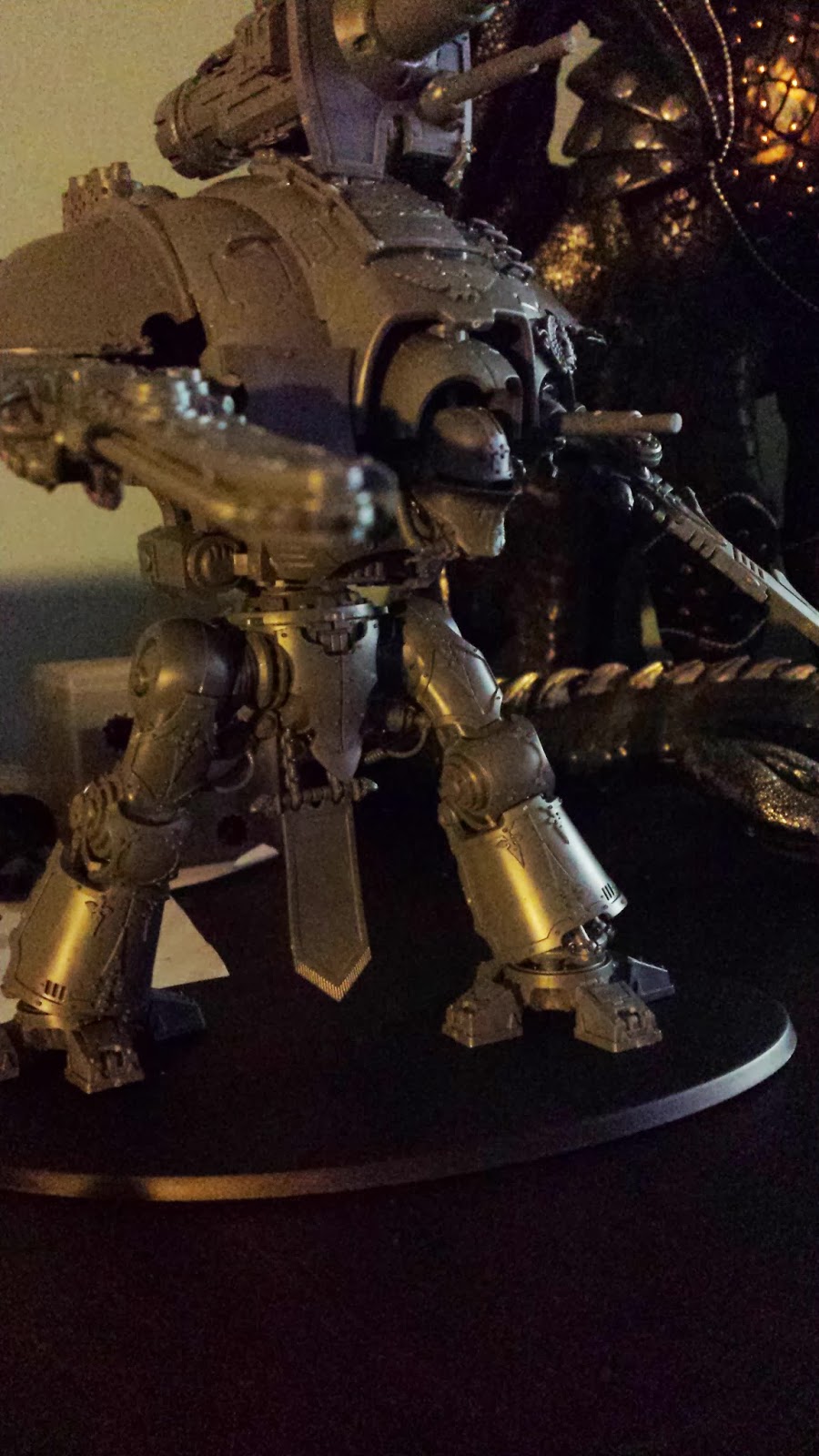 And that's all for now guys! I'm going to be giving updates on how my Knightly House, the Knights of Prospero, perform in battle so that I can lead into an Imperial Knight Tactica down the line. I'll also post up painting progress pictures of Canis Vertex as the ever helpful Mr Jax gets down and dirty with it! If you guys are interested to see some more interesting Knights, I do have a bit of a Thousand Son themed surprise Knight in store. I hope you liked this little look at my First Knight of Prospero!
at 8:10 pm