Greetings fellow cadets and welcome to the latest instalment in "Aircraft: How not to crash when a Gargoyle clogs the engine" by yours truly, Colonel Eel. While you are up there amidst the skies of death, just remember one thing; if you are inside a Valkyrie or Vendetta, you will be dying with style! Or was that flying? Anyway, it is really hard to go wrong with these two most common of flyers in the Imperium, even though the <redacted> and the <redacted> from <redacted> are both safer and more effective. Still, I'll leave that up to your Staff Sergeant to decide; let's get started!

Note that this is a review for both Valkyries and Vendettas. 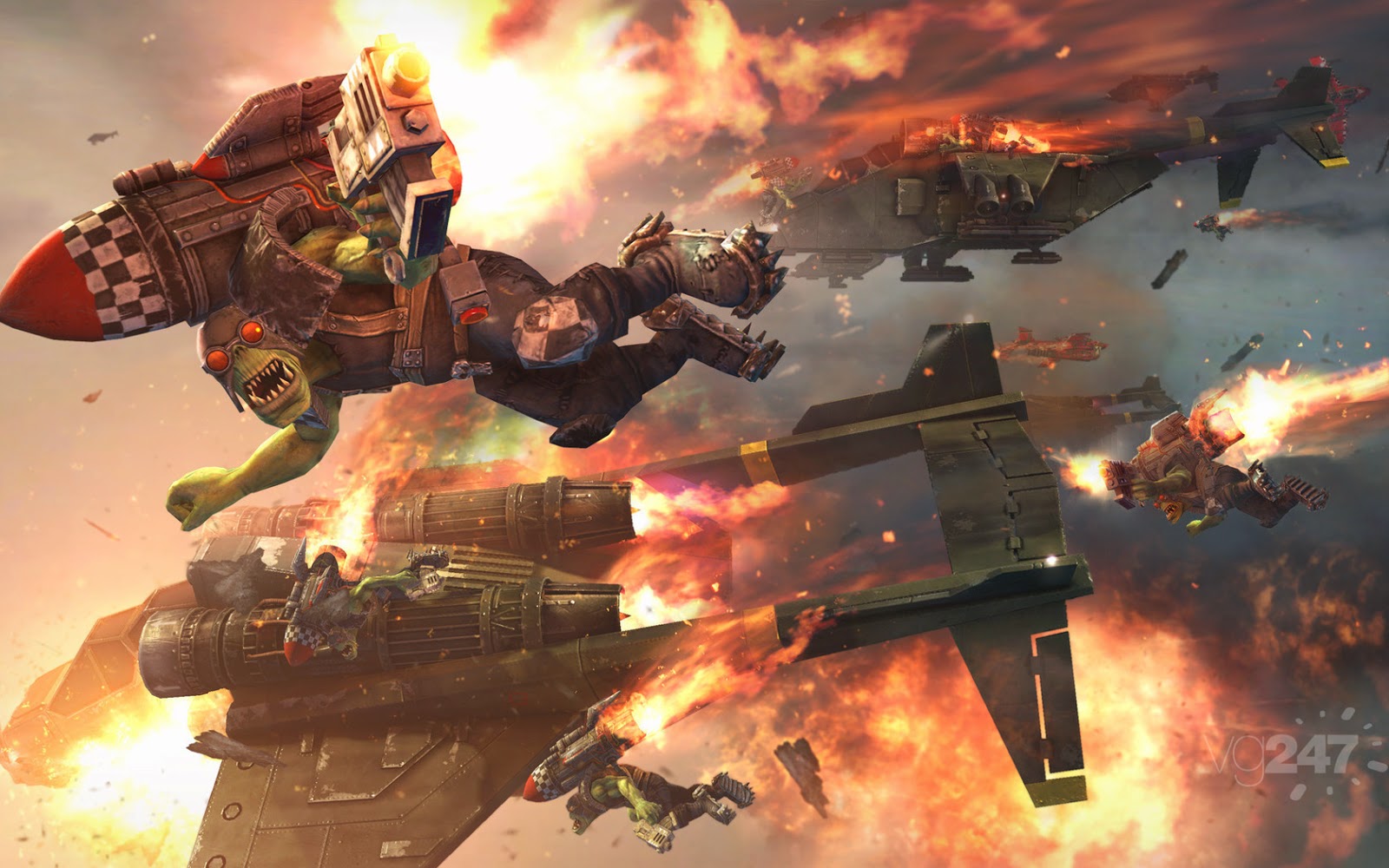 While the flyer craze only really kicked off when they received proper rules in 6th Edition, many people forget that the Imperial Guard have fielded aircraft for at least a dozen years now in some form or another. While it wasn't always a plastic kit, the Valkyrie (and the Vendetta by extension) is nonetheless the most iconic Warhammer 40,000 flyer with a unique design that remains appealing even to this day. Even if it wasn't the first, the Valkyrie would still be famous because of its sheer size - to this day, not a single Games Workshop flyer comes anywhere close to the sheer bulk and wing span of a Valkyrie. While I am unsure as to whether its size was the original source of the "flying tank" moniker or not, its rules most definitely reflect that. As far as flyers go, few are more survivable than the Valkyrie (a note, you can append "and the Vendetta" to every sentence that mentions "the Valkyrie") with front and side AV12 and the usual rear AV10, three hull points and stock Extra Armour. Not only do they have some of the best armour values of any aircraft in the game, but they also treat Crew Stunned results as Crew Shaken results instead which is highly useful even for flyers.

What further reinforces the validity of the nickname is that the Valkyrie has a sizable transport capacity much like a Space Marine Stormraven, ferrying up to twelve models at a time - on the flip side, a Vendetta has half the transport capacity with a potential six models but compensates for this with greatly superior firepower. Like most flyers, Valkyries can freely choose to hover or zoom in correspondence with your whims; this means that they can land and drop off infantry as necessary or stay in the skies to remain safe from ground fire. Unlike some other flying transports, however, a Valkyrie still allows the unit inside to disembark even if the flyer remains zooming. This is because of the Grav Chute Insertion special rule, allowing a unit to Deep Strike anywhere along the Valkyrie's movement path while it is zooming; if the unit scatters even one inch off course, all models in the unit are forced to take a dangerous terrain test. Even with the weak armour saves of most Guardsmen units this really isn't too much of a bother given that you need to roll a one and then fail an armour save on each model, and the chances of losing the important models (special weapon holders, characters and so on) are slim. This allows Valkyries to fly over an objective and air-drop a unit onto it while itself remaining in the skies and doing nasty damage to enemy units, providing a very nice scoring combo with potential Objective Secured for an otherwise traditionally plodding Astra Militarum army.

Of course, being a flying transport with awesome defensive capabilities would be nothing if these flyers didn't have the firepower to match, right? The answer depends on whether you choose the Valkyrie or the Vendetta; the former has decent but uninspiring anti-infantry firepower, while the latter can devastate other aircraft and ground vehicles with ease. With Ballistic Skill 3 pilots Valkyries generally aren't know for their accuracy or reliable damage output, though Vendettas side-step this issue by having three twin-linked weapons. Oh, and yes, those three twin-linked guns just happen to be lascannons; hooray for a dedicated anti-air flyer in a codex that otherwise has to rely on the over-priced but still decent Hydra (if you stick purely to the codex)! While the Vendetta is quite expensive as far as flyers go it is hard to argue against its points-efficiency given that it reliably destroys most other flyers in one shooting phase, while the Valkyrie is incredibly inexpensive given it is a flying AV12/12/10 transport. Both are great for their points even if Valkyries alone won't deal much damage to anything but light or medium infantry given their proliferation of Strength 4 large blasts, though their boosted transport capacity and significantly decreased cost do compensate for their lack of real damage output.

My general advice for these two aircraft is to keep them as cheap as possible given that both are rather expensive, even though I would still argue both are easily worth their respective points costs. Vendettas in particular can ignore all of the equipment exchanges available to them, with their three twin-linked lascannons both being far superior to any other weapon they could take and also definitely not gelling at all well with heavy bolters. If Vendettas could split-fire their weapons freely like super-heavies then sure, the heavy bolters would be a nice upgrade, but as it is they will just be a waste of points given that the preferred targets of lascannons and heavy bolters are far too dissimilar. Valkyries, on the other hand, should always take at least the two multiple rocket pods whenever possible given that Ordnance missiles on a flyer with a minimum of three weapons are practically worthless anyway - if you want a dedicated tank or flyer hunter, just use the Vendetta instead. Replacing the multi-laser with the lascannon is unnecessary but a nice enough upgrade, though on a Ballistic Skill 3 model you are probably just better off keeping the three shot Strength 6 weapon for hunting infantry anyway. Unlike the Vendetta, the heavy bolter sponsons actually make sense for a Valkyrie given that it is essentially a light infantry destroyer, though the fact that you can only fire four weapons at full Ballistic Skill and a Valkyrie with the sponsons would have five in total does mean you will be wasting at least one of its' guns. Generally speaking, you can skip upgrades for the Vendetta and probably ignore the heavy bolter sponsons for a Valkyrie given that four weapon limit, but the multiple rocket pods are pretty much mandatory for the latter.

Before I get started on some general tactics, take a close look at both of these flyers; strictly operating from the codex with no allies, supplements or Forge World support, the Valkyrie and Vendetta are the absolutely closest thing to assault transports in the codex. The reason for this is the incredible 36" move and then the Grav Chute Insertion allowing any embarked unit to disembark via Deep Strike - of course, whether you actually believe this is an effective tactic or not is a different matter altogether. Assuming you equipped each of these flyers as I recommended, their preferred targets are as follows; Valkyries will mash through horde units like Ork Boyz, Tyranid Hormagaunts, Dark Eldar Kabalite Warriors, Chaos Daemon Bloodletters of Khorne and so on. They excel at mulching through medium to light infantry over a few turns by unloading a plethora of large blasts and regular shots on a single unit which, if clustered near other fragile squads, can lead to lots of carnage. The inaccuracy and lack of Ignores Cover or high Strength means the Valkyrie still needs some luck and a few shooting phases to really make a dent in your opponents' infantry stocks, but given how cheap and durable a Valkyrie is you really can't complain about its damage output.

The Vendetta is an entirely different beast as one would expect of a flyer carrying not two but three twin-linked lascannons; even with Ballistic Skill 3, it still reliably hits two out of three shots at a time and they pack a punch at Strength 9 with AP2. While it might not necessarily be the most efficient in its role, the Vendetta is nonetheless one of the top dogs when it comes to anti-aircraft duties and certainly will outweigh the usefulness of Hydras when facing off against a Caestus Assault Ram or Necron Nightshroud Bomber. It also functions similarly to a German '88 from World War II when faced with tanks, obliterating all but the most hardy with contemptuous ease - even if it is more difficult than ever to land an Explodes result on a vehicle, three Strength 9 shots are sure to strip hull points off of tanks in record time.In regards to using these flying tanks as transports, make sure that it is an inexpensive squad that you aren't too fussed about when it inevitably dies. The reason for this is that any flyer destroyed while Zooming while inflict automatic Strength 10 hits on the occupants, while using a flyer as a transport instead of a much cheaper Chimera generally means you need that unit to get in close proximity to your enemy. Platoon Command Squads with flamers, Special Weapons Squads with meltaguns, Tempestus Scions and other such squads are good units to put inside one of these transports - with any of them pairing up well with the six model transport restriction on the Vendetta.

Normally another detractor for a flying transport is that the flyer has to switch to Hover mode so that the unit can disembark, but Valkyies and Vendettas - like Stormravens - allow embarked units to drop out of the transport by way of Deep Striking. This is very risky unless the unit in question has Move Through Cover and you are dropping them in a less populated area, though one of the more interesting and safe uses of this is to fly over a vacated home objective and air-drop a unit on top of it. Opponents will often target your backfield scoring units with their own equivalents of Hellhounds or Outflanking units to remove them from the equation and then focus on the usual objective rush in the middle of the field, so being able to air-drop an Objective Secured unit onto any objective you want gives you some great flexibility. However, unless you use Elysians, I would refrain from putting any expensive units in these flyers as you could do just as well by using an advancing Bullgryn Wall or mass of Chimeras and Tauroxes while saving points and time - remember, outside of a few very specific circumstances flyers can't arrive on the battlefield until turn two at the earliest and even that is no guarantee! 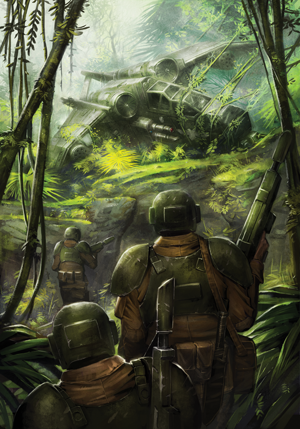 Thank you for your time cadets and please ensure that you do not forget any of these basic guidelines on your first and subsequent flights in an Imperial Valkyrie or Vendetta. If you have any criticism for this initial tutorial, please take the "Excommunication and You" pamphlet over by the desk on your right. Remember always; put your faith in the Emperor, and he might protect you. Or will, I think. By the way, if you see any strange looking officials in royal vestments, don't point them my way please!

But seriously, please leave us any feedback you have - we really appreciate it!
at 5:53 pm