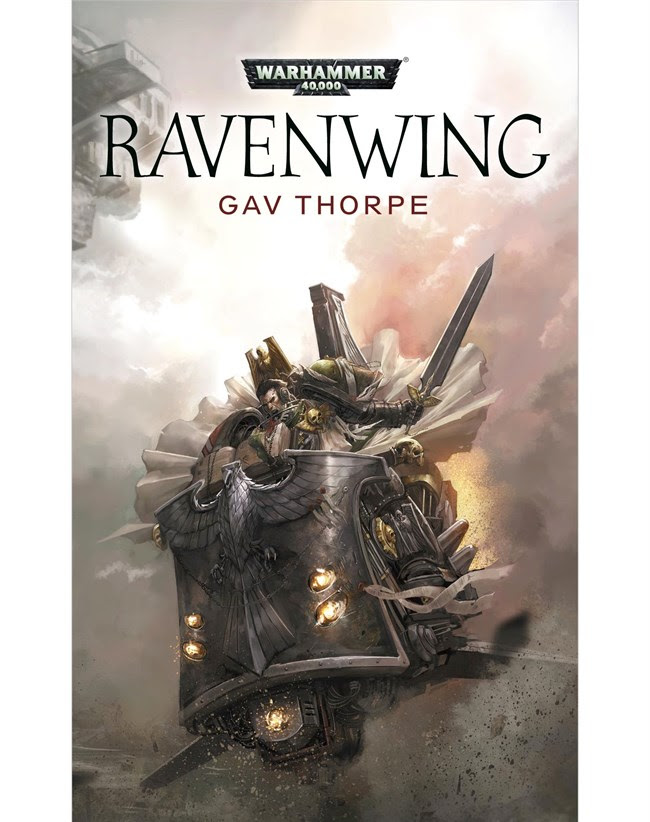 Hey guys, Megavalhalla here with my personal review on the book Ravenwing by Gav Thorpe.  As a rule of thumb I won’t be giving away any spoilers. Even though I am a massive 40k fan, I won’t be judging this book based on how much shooty death kill action in the grim dark future, but the author and how it is written.


Hey guys, JT here and I'd like to officially welcome Megavalhalla to the Imperator family, he will be bringing a wealth of knowledge and humorous insights to our little family and we are very pleased to have him on - board ; He is a long time friend of both L2E and myself and we feel his contributions will go a long way to helping us to help you. Thank you Megavalhalla =D

Gav has improved significantly since his induction into Black Library, though it is at steady pace, every book is well thought out and has great structure but doesn’t exactly stand out. His writing ability isn’t as great as other authors but is consistent throughout the whole book keeping a steady pace and has characters that are lack lustre but are unique (a somewhat over exaggerated word, a more appropriate term would be ‘different’) , with that being said he does have great ability to write and plan out his story, but lacks any significant talent when in comparison to other authors such as Aaron Dembski Bowden, Dan Abnett etc…

Let me start off by saying one thing….
The dialogue is clunkier than wet cement.
It really did give me a impression that space marines were nothing more than walking death spitting killing machine automatons and merely just said ‘FOR THE EMPEROR’ for shits-and-giggles but with variations in their personality as though they were programmed to behave in such a way. This might be harsh but even though Space Marines have so much discipline and training to know no fear as to say, underneath all that we have to remember that they still have the souls of men.
And another thing asking the question ‘how did the lion die?’ ,should not lead to an automatic promotion into the 2nd company. Like I said…automatons.
The good thing about Gav’s writing though is that it is easy to follow and read. There is no confusing, twisting, winding plot and the characters are easy to follow; which I did find to be rather relaxing. It did have its moments from time to time which broke up the endless monotony of automatons droning on.

So much Dark Angel Fluff…

The amount of background detail and fluff/theme within the book is absolutely staggering. It is obvious that Gav put a lot of thought into it. Half way through the book I thought to myself ‘If I was a hardcore Dark Angels player I would tear out these pages and bathe in them to bask in the fluffy goodness’.

Truth be told I wasn’t let down by this book, after all it was written by Gav, not a rising star like others who do not need an introduction. I more or less bought this book to gain a perspective on the dark angels back ground, theme etc. I highly recommend this book to any Dark Angels fan or any to those who wish to learn more 40k lore (yes, there is more).
Despite my somewhat harsh words towards the author I will be expecting some great things from him in the future.  I base this opinion on the book Deliverance lost.

So guys there's our nice little review for Ravenwing, what did you guys think? Leave your critiques or suggestions for future articles in the comments section below or find us on the +Bell of Lost Souls lounge! Happy hunting.
at 5:11 pm