MegaV - Chains of Golgotha and The Death of Antagonis Reviews 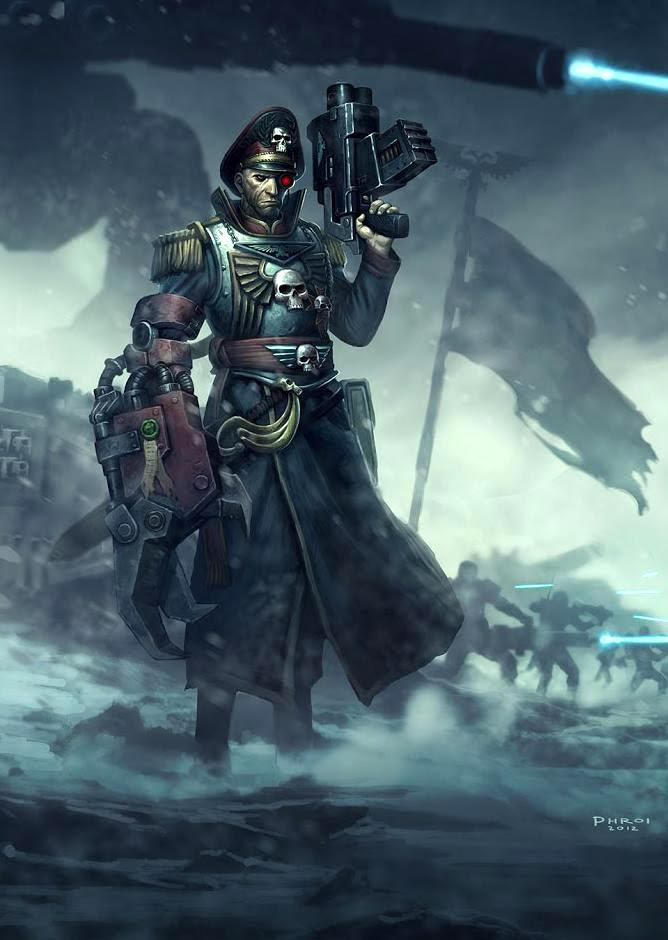 
Megavalhalla here with another book review, to all you hard core BL fans and others who might just not
like reading. This is a ‘novella’ as GW calls, 120 pages of mini hardback costing me here in Australia a
whopping $25, so pricey…
I have to say, I was a bit let down by all of that cost, But David doesn’t disappoint when it comes to story
time…

The book chains of Golgotha is the prequel to the book Gun Heads by Steve Parker, those old book
worms would know what I am talking about, which I really enjoyed and David could of learnt something
from him as he seems to dodge the background theme and the overall story just for some shooty grim
dark death kill.

The story is set in the aftermath of the second war for Armageddon when the old bastard Yarrick chases
down Ghazgull and attempts to erase him from the galaxy but is caught in a trap where his entire army
is obliterated on the planet of Golgotha and Yarrick is then captured by Thraka and brought aboard his
space hulk.
This book can easily be divided into 2 sections:

1. Attack planet with a lot of tanks, get raped.
2. Trapped on board Ork ship, what do?

But David surpasses himself in this book, I really feel as though he is more suited to these mini- novels
rather than long protracted 400 page books as he struggles significantly as most of the book is just filled
with death…

The ending was rather disappointing, partly because it just ended with Thraka saying ‘You fight well, go
back to Armageddon we fight again’… it could of at least been a conversation between the two of them,
which is why I felt ripped off by the book and the next time I buy a mini-novel again, it will be a well
thought over decision.

But as always the dark and humor never ceases to amaze me from David, it really does break up all the
constant fighting. Call me a bitch if you please to do so, but I really do appreciate a well thought out
book with feels and character, not just killing. Otherwise all these books will just become stereotyped
and boring, just pick up the book and expect non-stop violence… no, thanks. Think next time I might just
pick up a book about the xenos factions…

Due to the cost and small length of the book, I am going to rate this book a solid: 7/10


The Death of Antagonis Review:

Hey guys, Megavalhalla here with all the goss on David Annandale, a new, up and coming author in
the ranks of the Black Library. He has only ever written E-shorts and contributed to various other
compilations of the BL. Having said that, I have never read any of his previous shorts and so I was
looking forward to read his first feature length book, let’s get started shall we?

Chock a block full of the dry British wit, the typical 40k dark humor and puns are the norm in these
books, but David pushes it to new heights as I found myself giggling with delight like a school girl
meeting her High school sweet heart on a date for the very first time… ah, good times. It was a shock
and very refreshing as when you have so many 40k books seeing the same old jokes and Space marines
trading joking insults at one another does become quite old.

I can make so many movie references from this book from the get go it was almost comical (Gears
of war 3, various zombie movies etc) none of which bothered me in the slightest as just about all of
40k in it-self is based upon movie genres and even old comic books such as Judge Dredd (Arbiters and
enforcers).

Enough babbling on, the story is rather stop-start-go style, with brief pauses in between the story to set
the narrative giving lot’s of background detail. This set’s it up for a climax for a very satisfying conclusion
(I know what I did there). David seems to put a lot of back ground information for very good reasons and
it is obvious to see, it does break up the action to give brief pauses to all the drama and shooty death kill
action and kept me gripped in the story itself. After all, all the action and violence in 40k does get a bit
much at times and I love the theme. These Pauses make the story all the more gripping and exciting and
gives you a lot of depth and ‘feels’ to the characters within and over all plot.

The Black dragons are like Wolverine super Saiyan LVL4 KAOKEN X10 and make themselves look good
in the process. I must say despite being mutants and being hated by the inquisition, they are the most
awesome, level-headed Space Marines by far and can put the other First founding chapters to shame
any day. Which is why I extremely enjoyed this book, it is hard to get Space marines down on paper
without making them look too powerful, rash and like soulless killing machines. I say this because I have
come across so many authors who give them no personality and they merely give me the impression
they are 12 year old boys in Adamantium armor with 50 cal. Machine guns who just discovered their
first erection and are intent on flaunting it around to everyone (might be an exaggeration, but if you are
going to live 1000 years, you must have some brains about you).

Some of the battles within the book are set up more like your typical 40k table-top game (Sandy Mitchell
does this as well) which is rather boring as I felt the need to skip through a bit of those certain parts as I
already knew what was going to happen anyways (Sphess Mehrines win!). This book is more loaded full
of your favorite cheesy quotes (FIRE AND BONE) than an Arnold Schwarzenegger movie, but hey besides
all of that a good solid afternoon read.